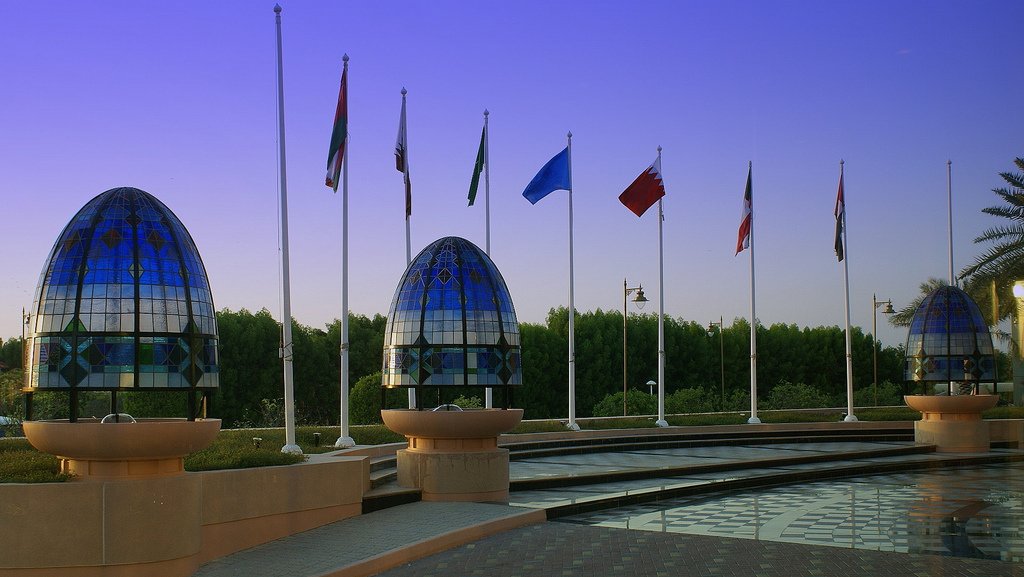 The Telecommunications Regulatory Authority of the Kingdom of Bahrain in partnership with the Family Online Safety Institute hosted a landmark conference with over 250 attendees from 15 countries. This invite-only conference brought together specialists from the region but also from around the world to engage all stakeholders in this Web 2.0 challenge, to prepare Bahrain and the surrounding countries for 21st century citizenship.

In pursuit of a national consensus for online safety and in support of its ICT strategy to empower the Kingdom of Bahrain, this ground-breaking conference was the first of its kind in the Gulf region. The two day event, under the royal patronage of Shaikh Ahmed bin Ateyatallah Al Khalifa, culminated with the signing of a memorandum of understanding between thirteen of the major ISPs in the region and the TRA pledging to do more and to work closely together to make the Internet safer for all users.

The speakers included government ministers from Bahrain, representatives from the US and UK governments, former US ambassadors, experts in the field from Egypt, Qatar, the UK and the USA and a number of local educators and law enforcement officials. The event was opened by the Chairman of the TRA, His Excellency Dr. Mohamed Al Amer and Stephen Balkam, CEO of FOSI, who emphasized the points that it was an opportunity to learn for all attendees and that those in the region could learn from the experiences, both good and bad, of their Western counterparts.

Notable speeches throughout the conference were provided by Dr. Fatima Mohammed Al-Balushi from the Ministry of Social Development in Bahrain, Her Excellency Sheikha Haya Rashed Al Khalifa who is the Principal and Founding Partner of Haya Rashed Al Khalifa Law Firm, John Carr from the Children’s Charities’ Coalition on Internet Safety in the UK and Steve Simpson from the U.S. Department of State, Communications and Information Policy/Middle East.

Nick Truman the Internet Security Advisor for the TRA outlined the aims and objectives of the national consensus for online safety and was followed by Professor Julia Davidson of Kingston University and Dr. Elena Martellozzo of Middlesex University who provided the interim report of their research entitled “Kingdom of Bahrain State of the Nation Review of the Internet Safety 2010.”

The first panel of the conference focused on the role of industry in building the national consensus and brought together experts from the US, UK and ISPs in Bahrain. Dorothy Attwood, Senior Vice President, Public Policy & the Chief Privacy Officer at AT&T, highlighted the importance of collaboration between all actors in the industry in order to make progress and said that there is a unique opportunity in Bahrain to learn from the experience of the West trying to determine what is effective regulation and how to use education and cooperation to promote online safety. The CEO of Lightspeed Communications, Sheikh Abdulla bin Khalid Al Khalifa, said that while the Arabic language currently had only one or two words to describe destructive Internet behavior, as compared to the number in English, they were willing to learn and to take their responsibilities seriously.

Following the first panel, a series of presentations focused upon illegal online content. Peter Robbins from the Internet Watch Foundation presented on minimizing Illegal Content through a Self-Regulatory Partnership Approach. Professor Mona Al-Achkar Jabbour spoke on the lessons that had been learned from the West while Ambassador Maura Harty presented on the work that the International Centre for Missing and Exploited Children (ICMEC) does with the model Legislation project and the Financial Coalition to help stop child pornography. The final presentation came from Natasha Jackson, from the GSMA who spoke about GSMA Mobile Alliance Against Child Sexual Abuse Content. The presenters then took part in a lively discussion, moderated by Jeffery Avina the Middle East Africa Citizenship Lead Manager for Microsoft.

The afternoon session saw panels on the response of legislation and law enforcement as well as a panel on possible technology solutions to online safety issues which provided an invaluable insight in to the work being done in the US and UK and the way that it could be adapted into Bahrain.

Natasha Jackson in her capacity as FOSI Chair welcomed the attendees back for the second day and was followed by a presentation of the Global Resource & Information Directory given by Dave Miles of FOSI. The morning panels concerned the rights of women and children, the role of NGOs in the debate, and a panel focused on the Arab world and their existing efforts in the field. Panelists discussed the harassment of women online as well as the empowering effect of the Internet and emphasized the importance of providing both tools and education to produce a safe environment online.

After lunch the attendees broke into workshop groups in order to discuss and make recommendations on three key areas; Industry and Technology; Education, ICT and NGO’s; and Law, Law Enforcement and Policy. These were really vibrant interactive sessions which gave people the opportunity to feedback into the creation of the national consensus. The Industry and Technology Workshop reported that many felt spam is a big issue in the Gulf region and there is a growing need for computer literacy. The Technology Workshop also advocated educating users to apply their own filters as they see fit at a family level instead of filtering so much from the network. The group also advocated unified messaging to parents and suggested that the messaging should be fact-based and positive instead of scaring families. Some also remarked that ISPs can promote Internet safety and offer tools as a corporate social responsibility measure and also use this as a competitive advantage. The Education, ICT and NGO’s workshop determined that education is essential and should be provided at a very early age and should also provide lesions about plagiarism and Internet addiction for older students. They also suggested a media campaign about online safety and said that students need to learn to recognize the impact of online use on their identity and reputation. The Law/Law Enforcement/ Policy workshop reported that there needs to be increased discussion between law enforcement, industry, and educators. This group also said that police need to be trained to provide support and industry must work to help law enforcement maintain a safe online environment.

The final panel of the event focused on the future and featured Ambassador David Gross, Ambassador Maura Harty, as well as Nevine Tewfik from the Cyber Peace Initiative and Rob Middlehurst of the TRA. The session was moderated by Stephen Balkam. Nevine Tewfik, from Egypt, reiterated the point, made during the conference, that the ‘emerging knowledge societies’ needed to start talking to each other more in order to develop a closer relationship and to promote cooperation in this area. Ambassador Gross referred to the palpable tension that exists between the protection of user from harm and the importance of allowing them to experience all the great opportunities and knowledge that exists on the Internet. Furthermore, he said that this challenge is bringing the world together ways that we haven’t seen before. Following on from this Rob Middlehurst referred back to the development of the printing press; he said that while it allowed people access to information and to knowledge in a way that had not been seen before it also required that people were taught to read. According to Middlehurst, the new information resource, in the form of the Internet, requires that people are taught the skills to use it properly and safely. In her concluding remarks, Ambassador Harty referred back to the speech of Martin Luther King Jr. when he spoke of the ‘fierce urgency of now’ and compared it to the current situation of online safety in Bahrain and in the GCC.

The event closed with the signing of an MOU between the TRA and the ISPs of Bahrain on stage. The agreement commits the parties to working to provide solutions to promote safe use of the Internet. This was a highly successful event which marked an expansion for FOSI into a new region and the development of an online safety agenda in a country that did not have one before. 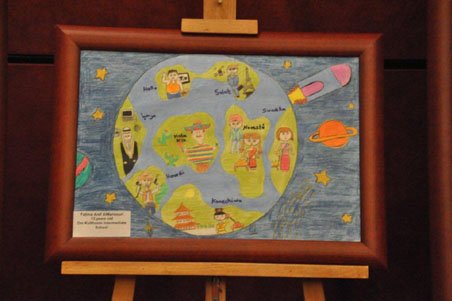 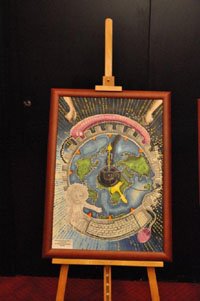 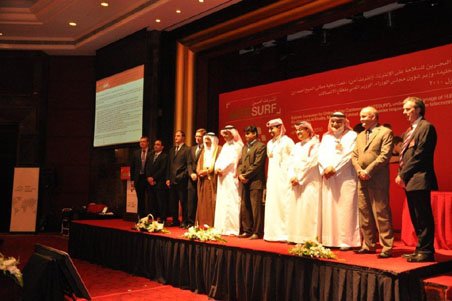 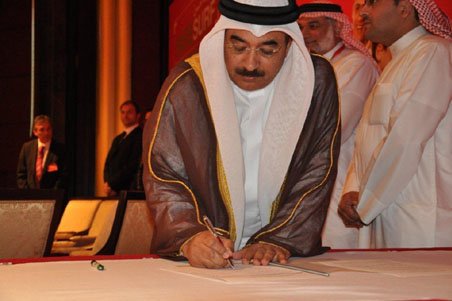 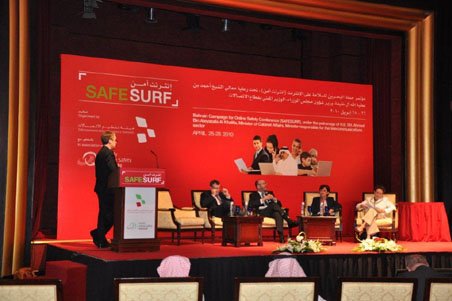 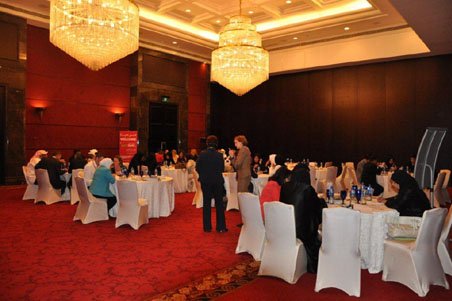 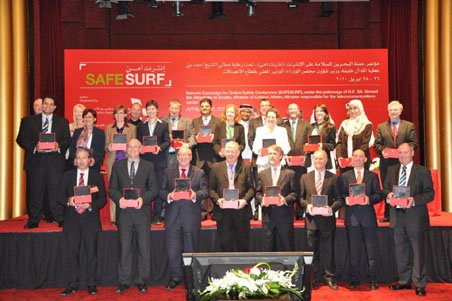 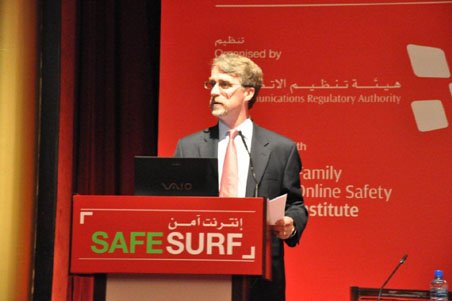 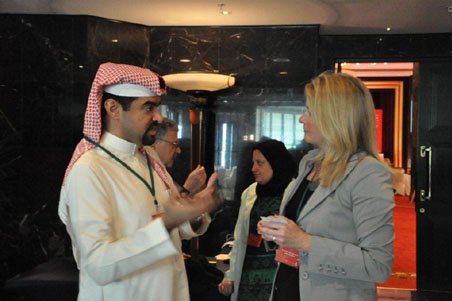 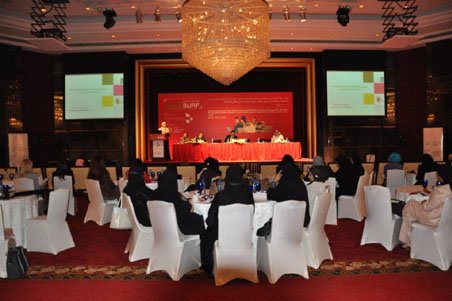 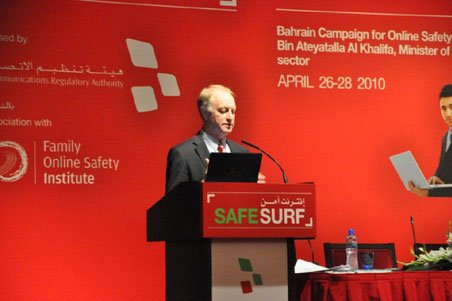 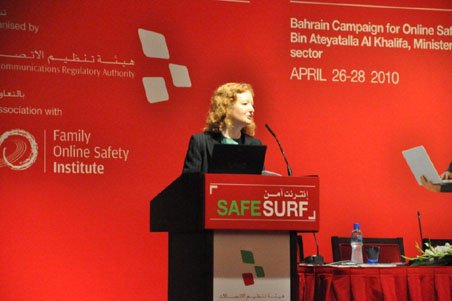 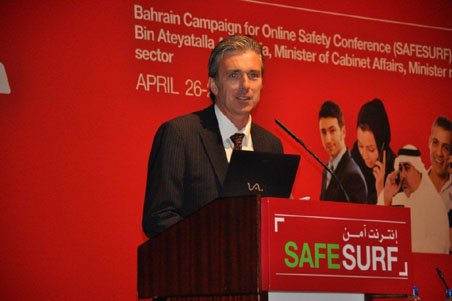 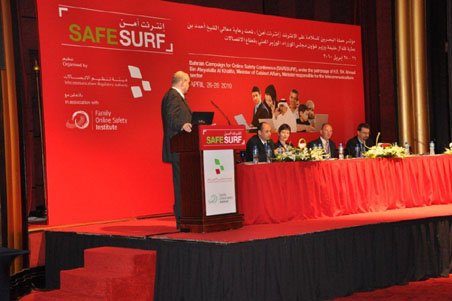 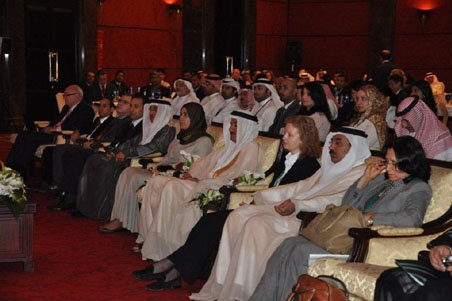 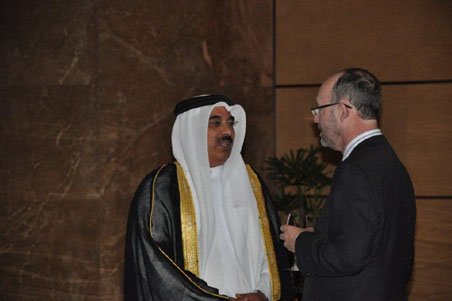 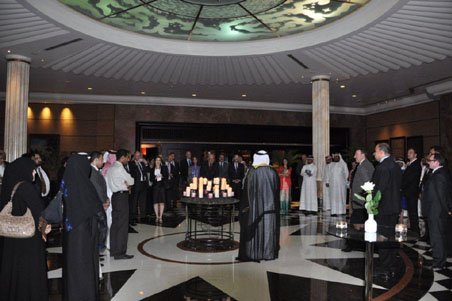 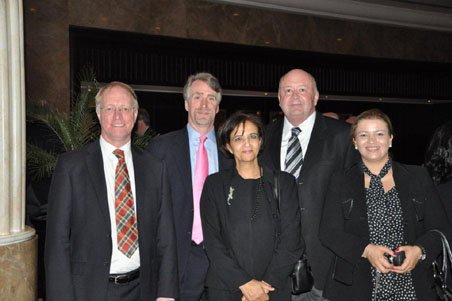 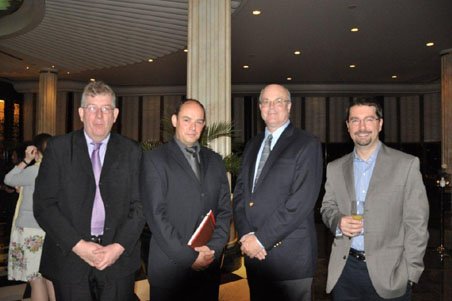 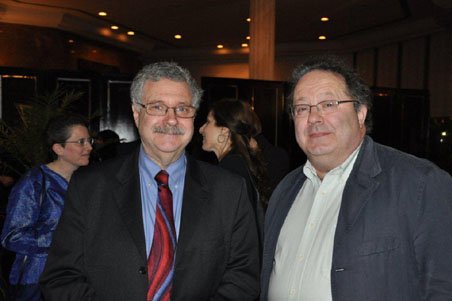 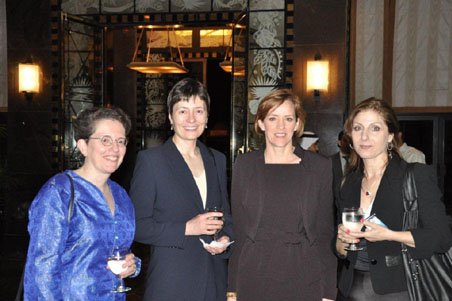