On Tuesday, the Family Online Safety Institute hosted a briefing featuring Congressman Ted Lieu (CA-33) focused on the challenges and opportunities of our increasingly connected lives. The discussion examined the impact of connected toys on children’s play, at home devices and how families use them, and the connected home in general.

Representative Lieu spoke about his involvement in the Congressional Toy Caucus and his work on cybersecurity issues on Capitol Hill as well as his Cyber Shield Act. This Act enables a voluntary program which identifies and promotes Internet connected products that meet industry leading cybersecurity and data privacy standards, guidelines, and best practices. The Congressman also answered questions about how Congress can stay up-to-date with technological advancements, the technology backlash, and the role of third party reviews in device safety and security.

Following the opening remarks, Jennifer Hanley of FOSI moderated a panel discussion featuring Sven Gerjets of Mattel, Kristin Cohen of the Federal Trade Commission, and John Verdi from the Future of Privacy Forum.

Jennifer introduced the new FOSI research, published in 2017, “Connected Families: How Parents Think & Feel about Wearables, Toys, and the Internet of Things.” The research was conducted by Hart Research Associates and supported by Amazon. She highlighted a few findings such as the fact that the term “the Internet of Things” is not a widely recognized term by parents and that many families have children who own three or more connected devices. She also highlighted that parents saw the benefits of having a connected family because they felt these devices could be beneficial for education, special needs children, and that they could give children extra freedom.

During the panel Sven Gerjets, the Chief Technology Officer for Mattel, spoke about the creation of his role at the toy company, as well as how they work to ensure parental trust and child safety with connected toys. The future of play was also covered during the discussion. Kristin Cohen of the FTC confirmed that COPPA may apply to connected devices used by children. She talked about previous COPPA enforcement actions taken by the FTC, including a recent enforcement action which was the first brought against a connected toy company. She reiterated that the FTC was happy to work with fellow government agencies on this emerging technology.

John Verdi, of the Future of Privacy Forum, provided background on the different types of toy that were on the market, from toys that were connected to the Internet via apps and toys that were “smart” and hosted on an internal chip. He also mentioned the problem of smaller or newer toymakers releasing products that are in an unsecure state, which causes concerns for parents, lawmakers, and the toy industry.

Verdi next explained that there are three types of devices. The first were “always on” which have voice control to activate. An example is a smart television which has a remote that you click a button to complete the command. The next type is “always listening” which have wake phrases such as products like Google Home and Amazon’s Alexa. The last are security cameras which are always watching. He explained too that there is an emerging problem with audio signaling and devices because there are sounds that the human ear cannot recognize, yet devices are picking them up. An example Verdi provided, is a device that listens for termites chewing on wood. This device is not so problematic for consumers, but a device that is listening to what you say or watching could be.

The panelists gave an overall message for parents to do company and product research before purchasing anything for their children, and to be aware of security patches and updates that may be necessary to protect their children’s data. A panelist recommended opening a dialogue with industry leaders and government officials so they can work together on emerging topics in this space. 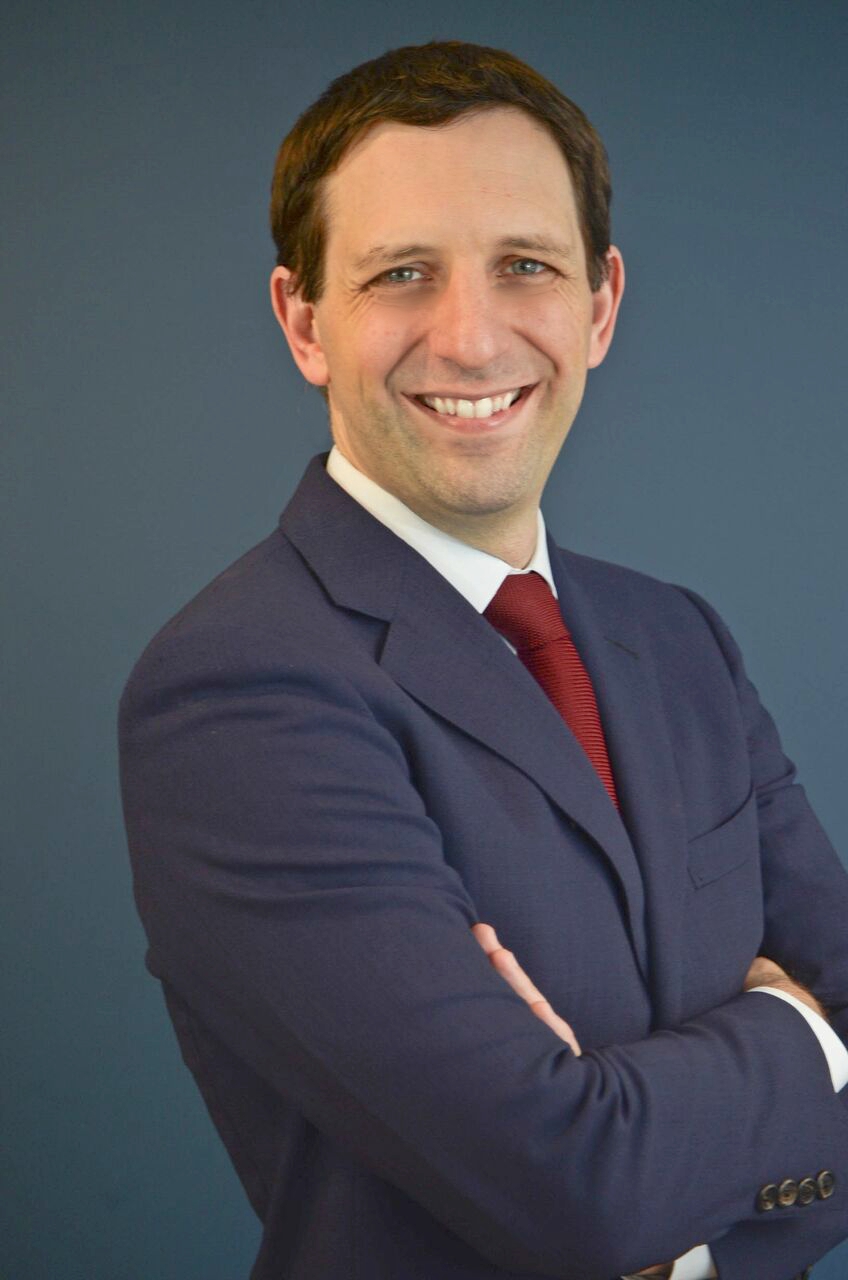 John Verdi is Vice President of Policy at the Future of Privacy Forum (FPF), a Washington, DC-based think tank that seeks to advance responsible data practices. FPF is supported by the chief privacy officers of more than 110 leading companies, several foundations, and an advisory board comprised of leading academics and advocates. John supervises FPF’s policy portfolio, which seeks to advance FPF’s agenda on a broad range of issues, including: Big Data; Ethics; Connected Cars; Smart Communities; the Internet of Things; Drones; Wearable Technologies; De-Identification; and Student Privacy.

John previously served as Director of Privacy Initiatives at the National Telecommunications and Information Administration, where he crafted policy recommendations for the US Department of Commerce and President Obama regarding technology, trust, and innovation. John led NTIA’s privacy multistakeholder process, which crafted best practices regarding unmanned aircraft systems, facial recognition technology, and mobile apps. Prior to NTIA, he was General Counsel for the Electronic Privacy Information Center (EPIC), where he oversaw EPIC’s litigation program. John earned his J.D. from Harvard Law School in 2002 and his B.A. in Philosophy, Politics, and Law from SUNY-Binghamton in 1998. 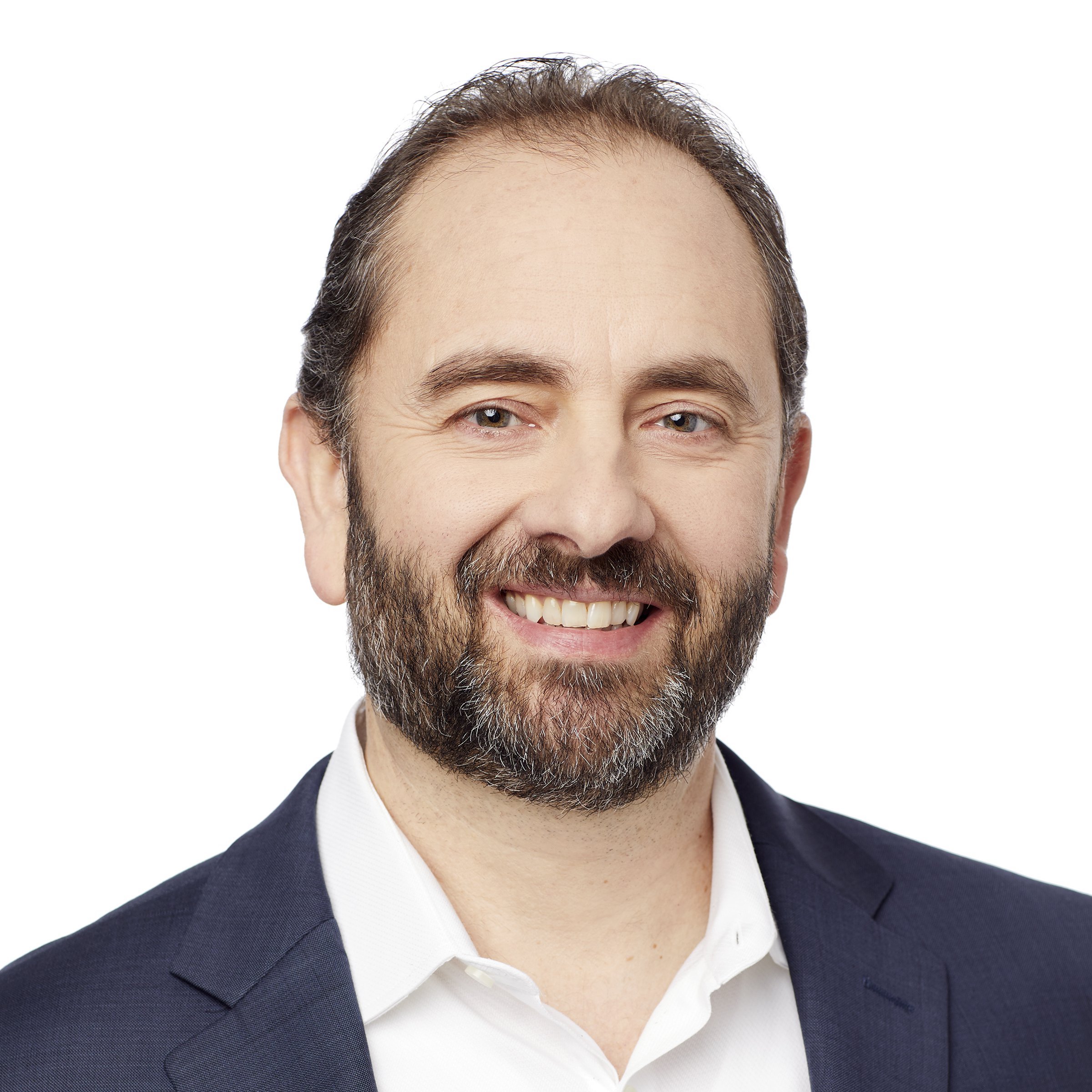 Sven Gerjets has served as Chief Technology Officer (CTO) of Mattel, since July 2017.

As CTO, Gerjets is leading Mattel’s rapid transformation into becoming a leaner, faster and smarter high-performing toy company. He is responsible for all aspects of Mattel’s technology implementation, including shared technology platforms, analytics, software and hardware development and connected products. In addition, Gerjets also leads the Company’s initiatives around data privacy and security – he currently sits on the board of the Family Online Safety Institute (FOSI) to develop and institute industry best practices that keep our children’s digital data safe and secure.

Recognized as an enterprise technology visionary with a strong background in product development, data security and privacy, Gerjets has more than 25 years of experience leading technology organizations and improving business results across a broad range of industries, including telecommunications, higher education and biotechnology. Prior to joining Mattel, Gerjets served as Chief Product Officer of n.io Innovation, a startup that develops a real-time, distributed and extensible software platform used to integrate legacy technology with modern forms of computing such as AI and IOT. Gerjets currently serves as an advisor to n.io Innovation.

Before n.io Innovation, Gerjets held key leadership positions with Time Warner Cable, Inc., where he served as Chief Information Officer; Pearson, where he served as Chief Technology Officer and helped transform the quality of customer-facing education products; and DIRECTV, Inc., where he served multiple executive roles, including Senior Vice President, Information Technology, and led the creation of the company’s IT lifecycle processes that increased business value. Earlier in his career, Gerjets led IT teams and operations at Symantec Corporation, GeneticMedic and AT&T Wireless Services.

Gerjets brings a personal passion for revolutionizing legacy technology mindsets into one that is appropriate for today’s hyper-connected world. This has inspired him to build sustainable cultures of innovation throughout his tenure. In 2014, Computerworld magazine recognized his efforts at DIRECTV naming Gerjets as a top 100 technology leader. Gerjets has also contributed to many renowned publications, including WIRED magazine, InfoWorld and CIOReview magazine, discussing topics such as innovation, disruption and technology leadership.

Senior Attorney in the Division of Privacy and Identity Protection

Kristin Cohen is a Senior Attorney in the Division of Privacy and Identity Protection in the Federal Trade Commission’s Bureau of Consumer Protection. Her work focuses primarily on enforcing federal statutes and regulations that pertain to information security and consumer privacy, including the Children’s Online Privacy Protection Act. Ms. Cohen previously served as the Chief of the FTC’s Office of Technology Research and Investigation. This Office conducts research on emerging applied technologies, including with respect to privacy and data security issues. Prior to joining the FTC, Ms. Cohen was an associate at Hogan Lovells (formerly Hogan & Hartson) and clerked for the Honorable Robert B. King on the Fourth Circuit Court of Appeals. Ms. Cohen received a BS from Georgetown University and a JD from the University of Virginia Law School.

Senior Attorney in the Division of Privacy and Identity Protection
,
Federal Trade Commission 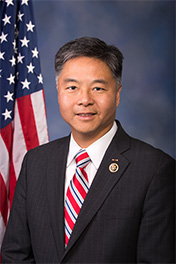 In 2014, Ted W. Lieu was elected to California’s 33rd Congressional District, succeeding retiring 40-year incumbent Henry Waxman. In the 114th Congress, Ted was elected president of the Democratic Freshman class by his colleagues. Today he serves on the House Judiciary Committee and the House Foreign Affairs Committee. He is also an Assistant Whip for the Democratic Caucus. 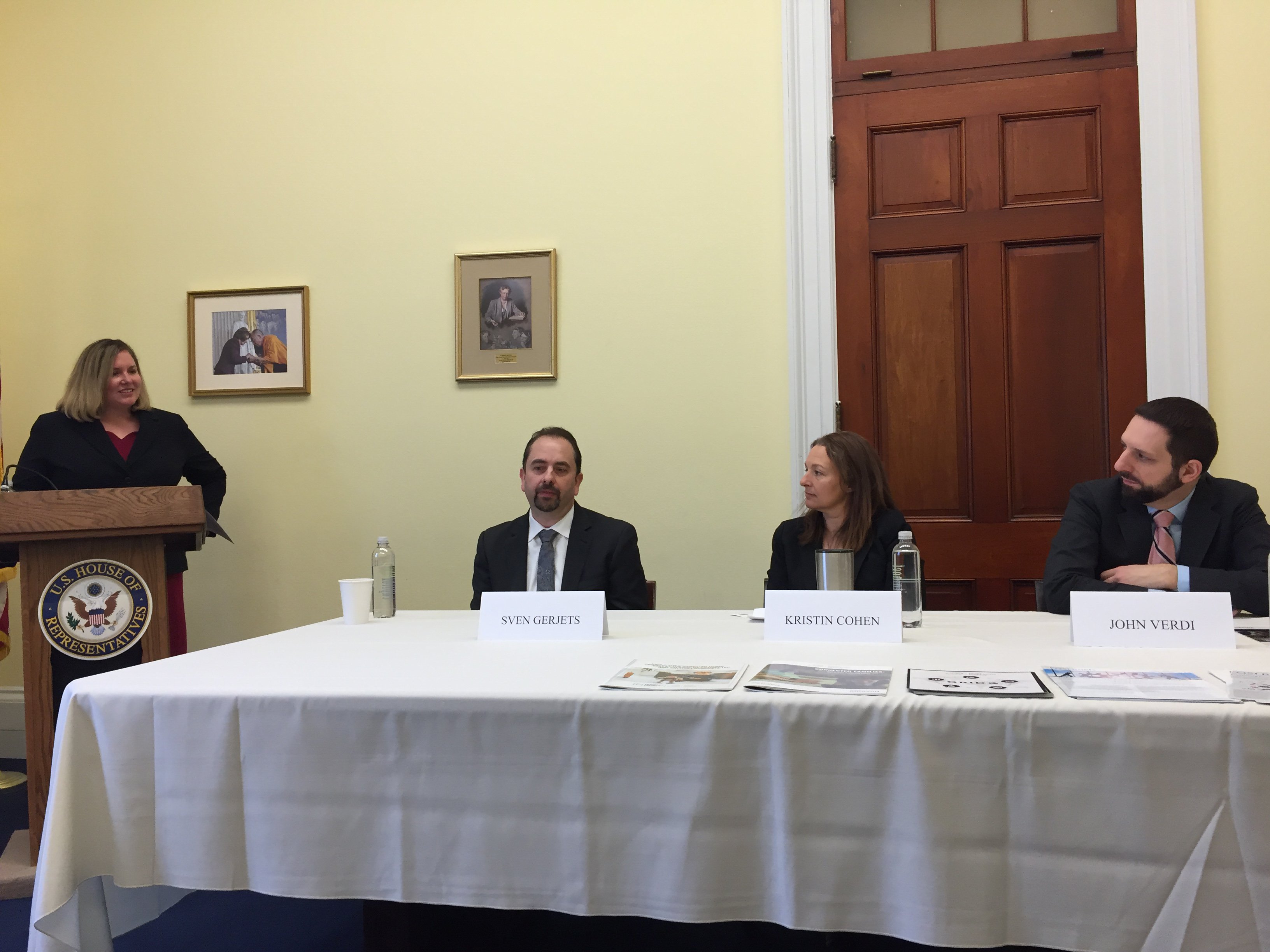 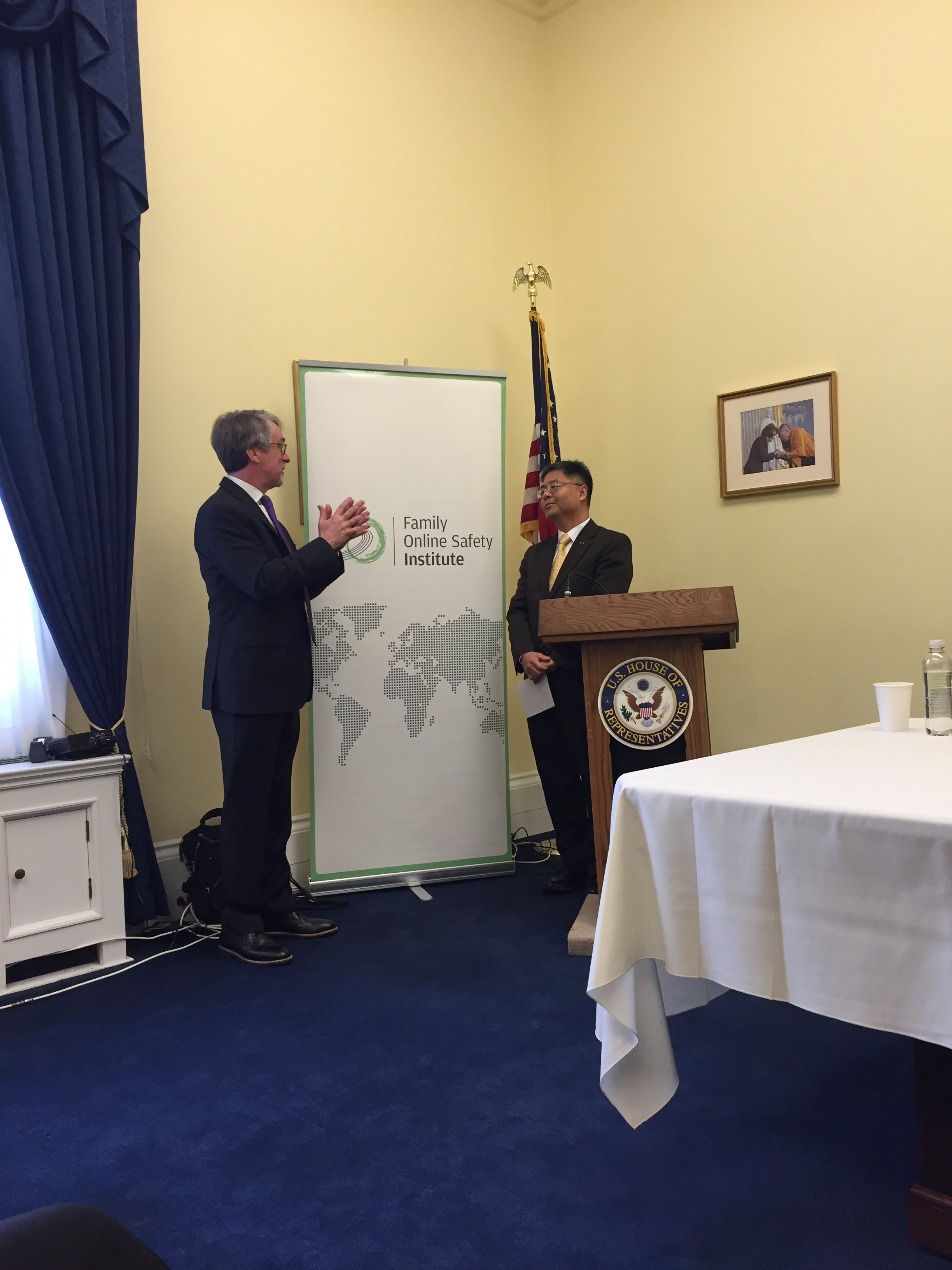 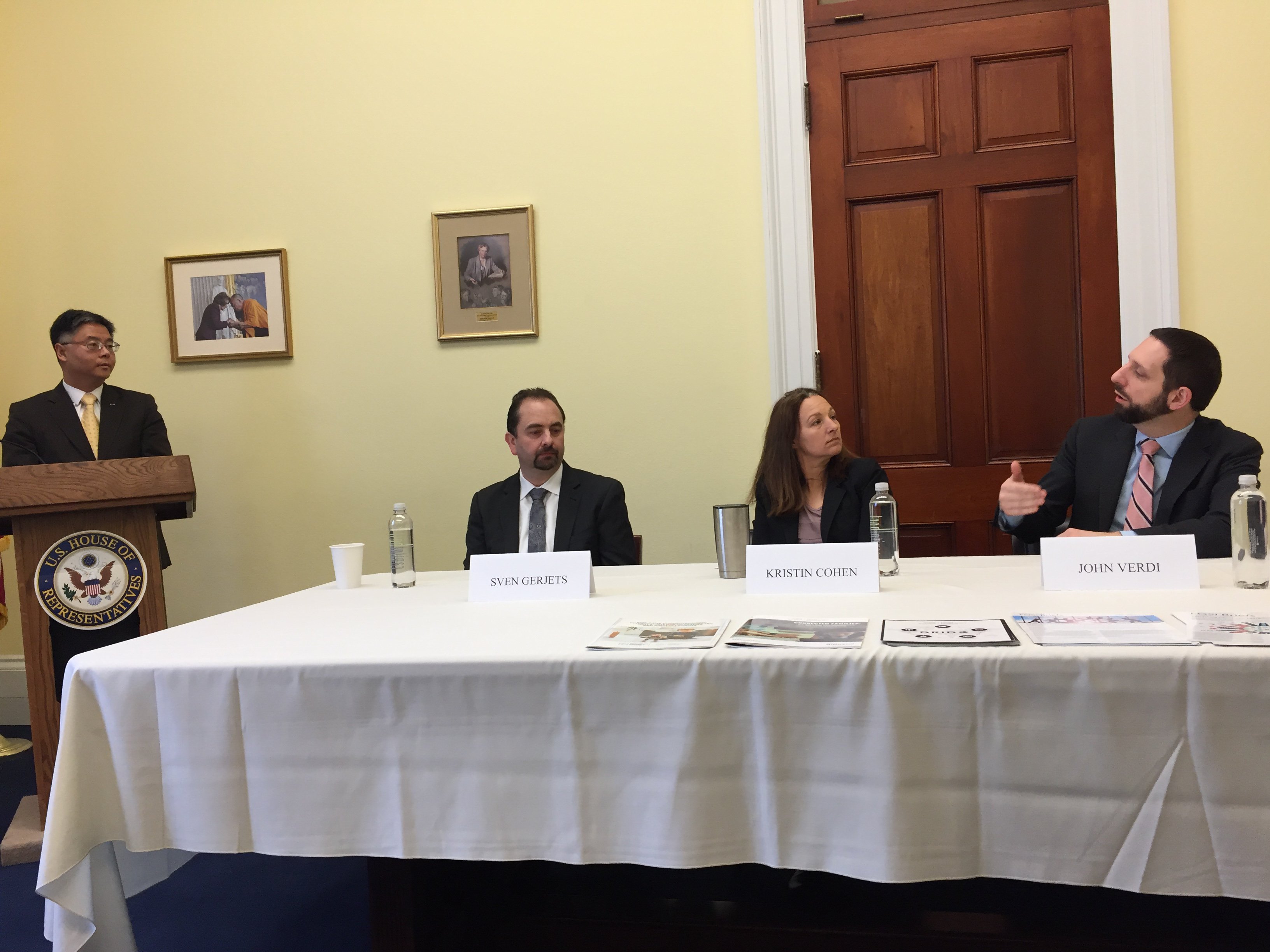 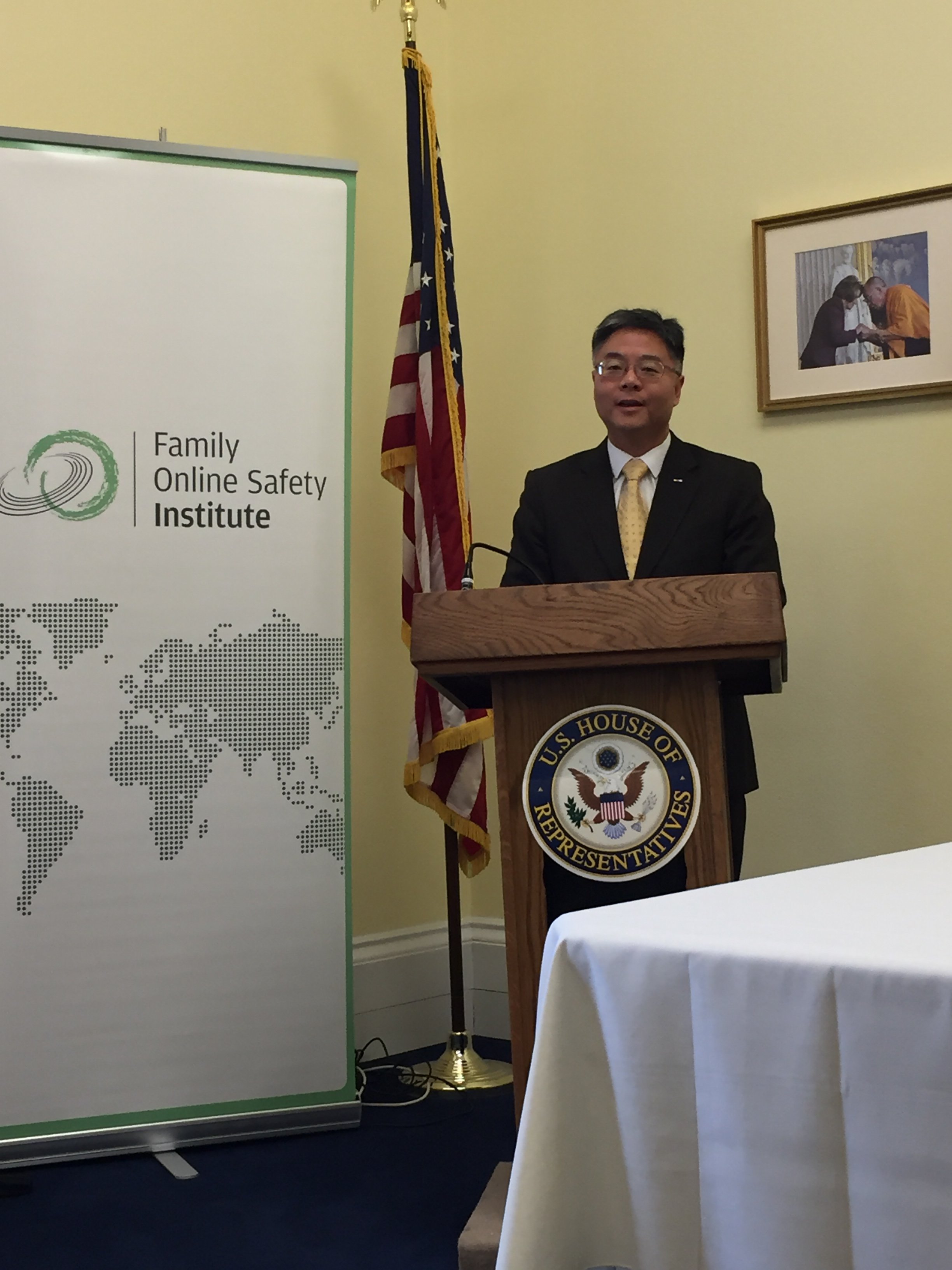 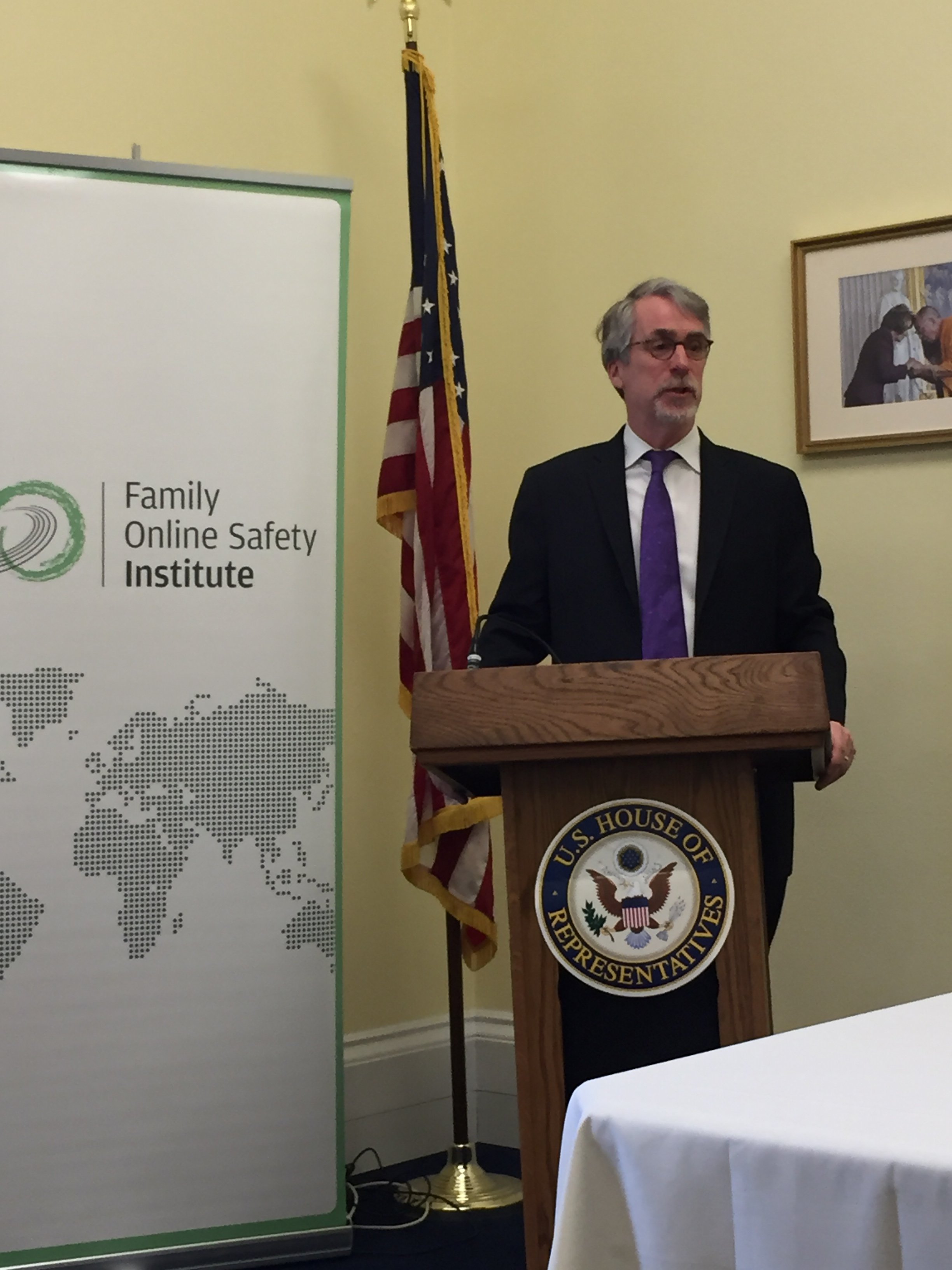