Rosalind Wiseman is an American parenting educator and author of several publications. Her book Queen Bees and Wannabes: Helping Your Daughter Survive Cliques, Gossip, Boyfriends, and Other Realities of Adolescence, released in 2002, was the basis of the hit comedy film Mean Girls (2004).

On September 10th Rosalind released her highly anticipated new book, Masterminds and Wingmen: First Helping Our Boys Cope with Schoolyard Power, Locker-Room Tests, Girlfriends, and the New Rules of Boy World. This book creates a new language and analytical framework to understand the power of boys' social hierarchies and how these influence their decision-making and emotional well-being, and is a must read for parents, educators, coaches, and anyone working with boys.

The discussion between Stephen and Rosalind was interesting, funny, and thought provoking. Rosalind regaled the audience with her findings during her research with some of her most intriguing discoveries centering around the teenage male social structure, their online lives, and how they relate to young women. The lively discussion was peppered with audience questions, and shared experiences. 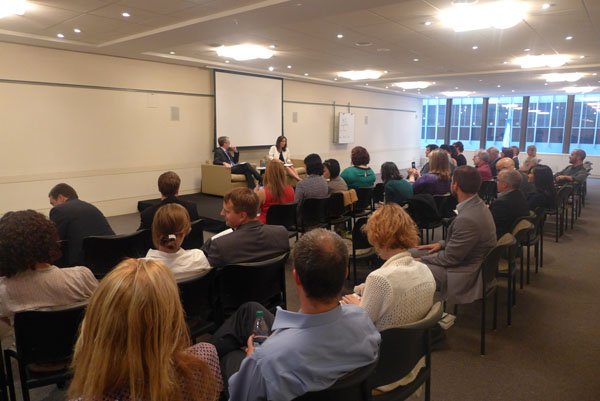 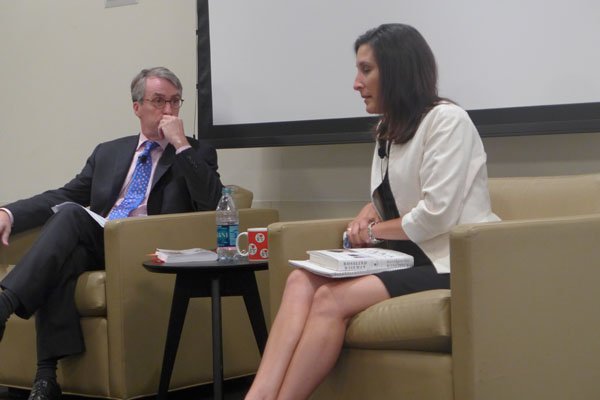