On July 20th, the Future of Privacy Forum, Passcode and FOSI partnered to convene an in-depth discussion on the Internet of Things and the impacts of growing up in a connected home.

FOSI’s CEO Stephen Balkam moderated the first session with Julie Brill, discussing both the benefits and privacy concerns of children and connected devices. As the former Commissioner of the Federal Trade Commission, Brill expressed that security and privacy issues raised by connected devices is a top concern of the FTC. She explained that with the creation of new devices and other connected entities, privacy and data security rules still apply, but must be compatible with the future and how tech companies will obtain the necessary permissions to collect data.

Ms. Brill also expressed confidence in the amount of opportunities and benefits that come with connected devices for children. She urged people to be aware of potential risk while embracing the positive attributes as well. She explained that kids are completely engaged with these devices and are learning in a way that they might not otherwise learn, and expressed that the potential benefits are enormous.

Mike Farrell, editor of Passcode then moderated the second panel featuring Corman, Coolidge, Fraser and McReynolds. Coolidge was able to give his perspective as a connected toy maker as he is the creator of CogniToys, which features an educational talking dinosaur named “Dino.” He mentioned that COPPA has made his company think about the importance of security and he actively searches for the best practices to ensure his system is safe from hackers.

Dona Fraser spoke on the importance of security measures with these new devices. She strongly urged kickstarters or other connected makers to seriously think about allocating funds to handle potential security breaches. Fraser further noted that companies need to disclose what collected data is being used for in a clear manner, especially when dealing with connected devices aimed at children. McReynolds also suggested a label to be placed on devices that outlines the uses of data, much like how a nutrition label lists ingredients.

Following the panel, Stephen Balkam and Jules Polonetsky summarized the issues raised during the events and offered closing remarks about displayed a few connected toys and their operations.

You can watch the full event in our media gallery or here.

The discussion was also documented by attendees via #InternetOfToys on social media. 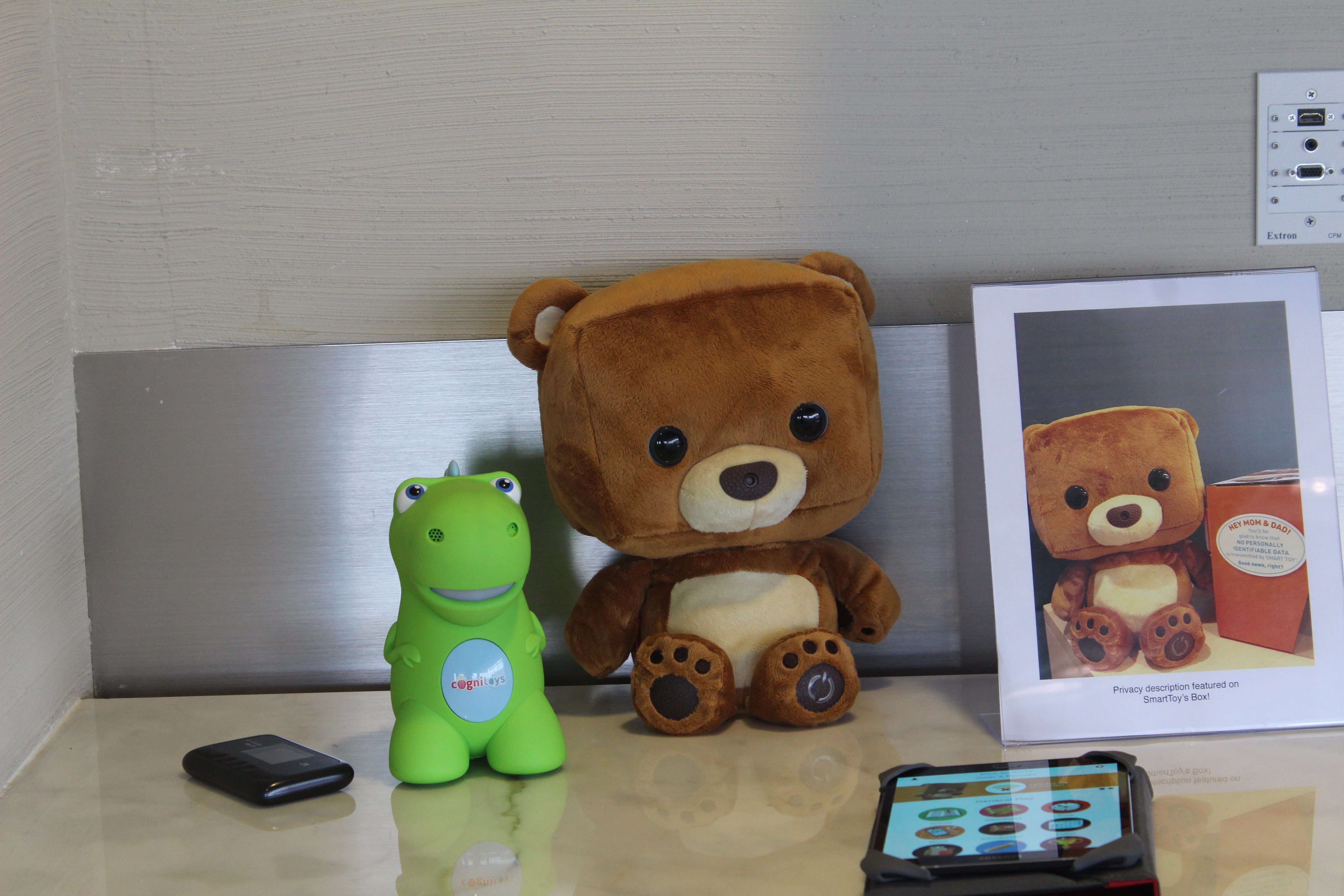 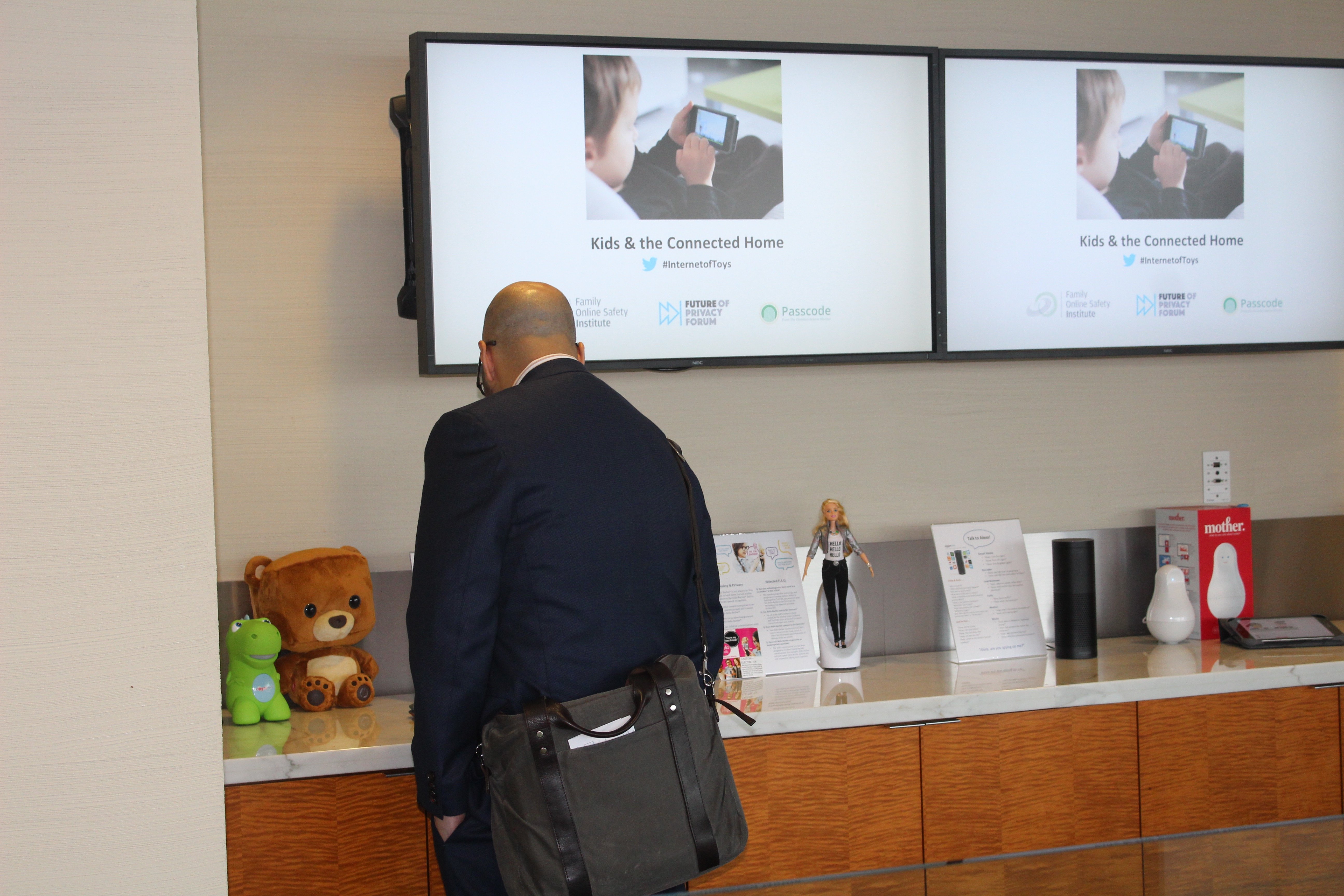 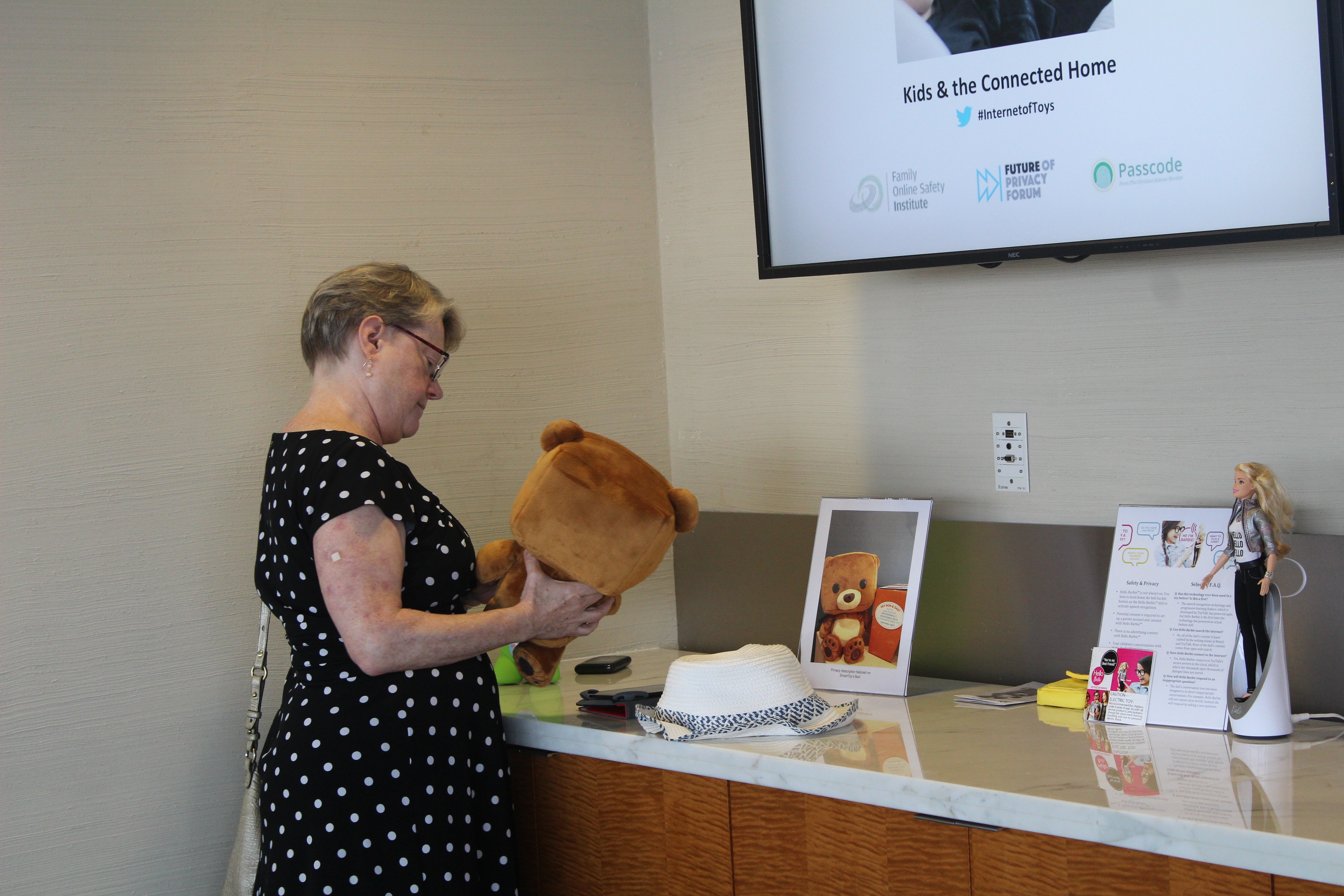 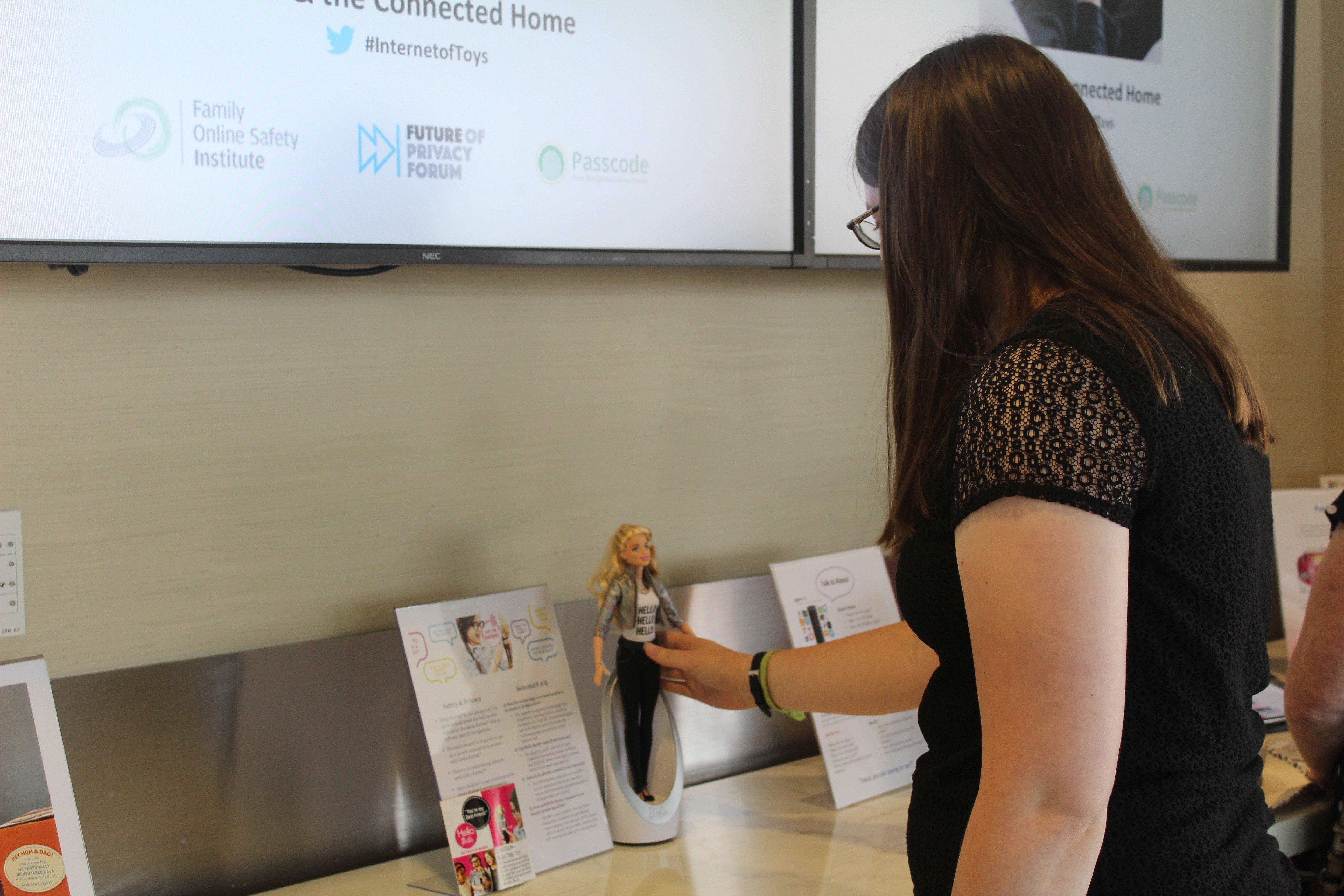 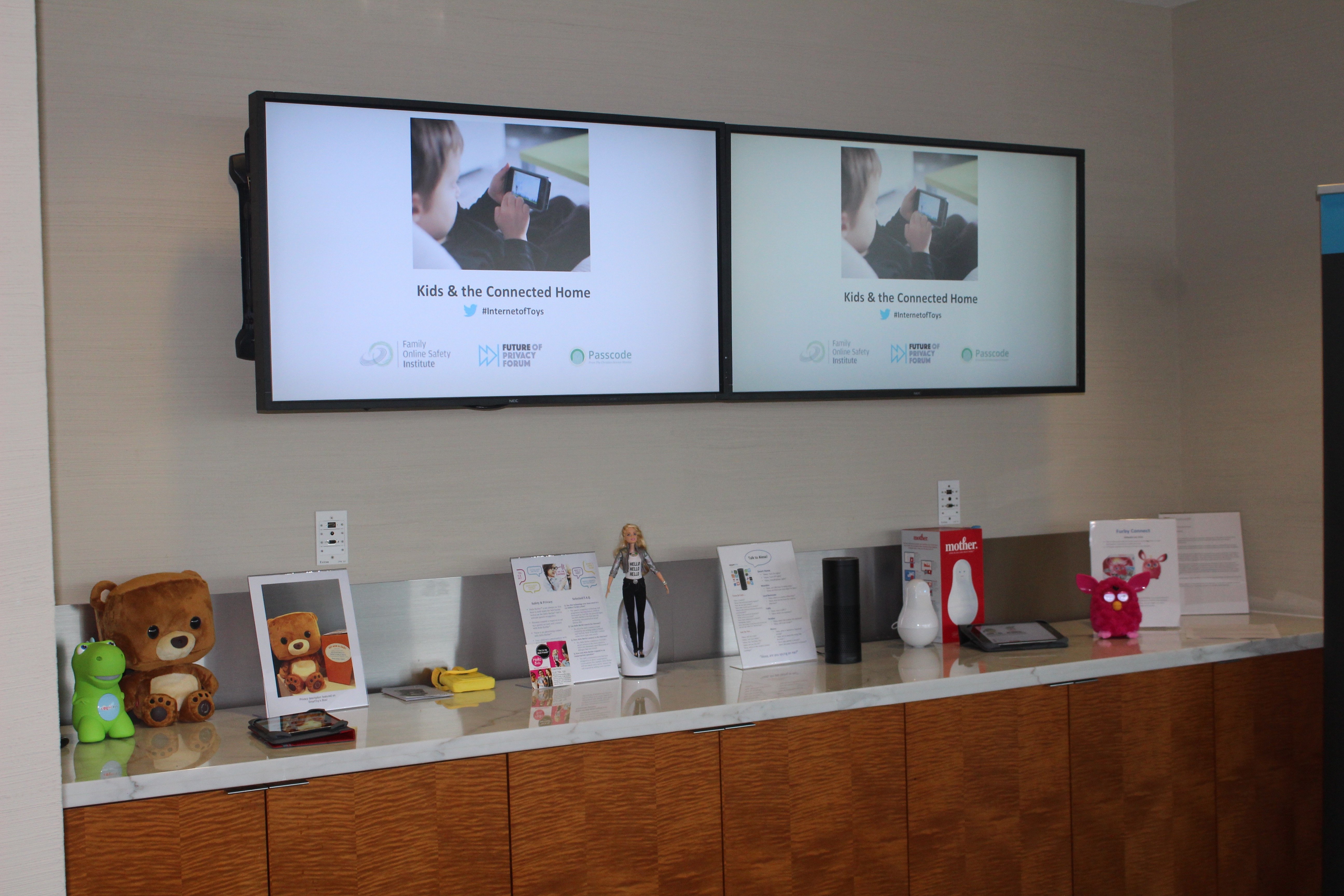 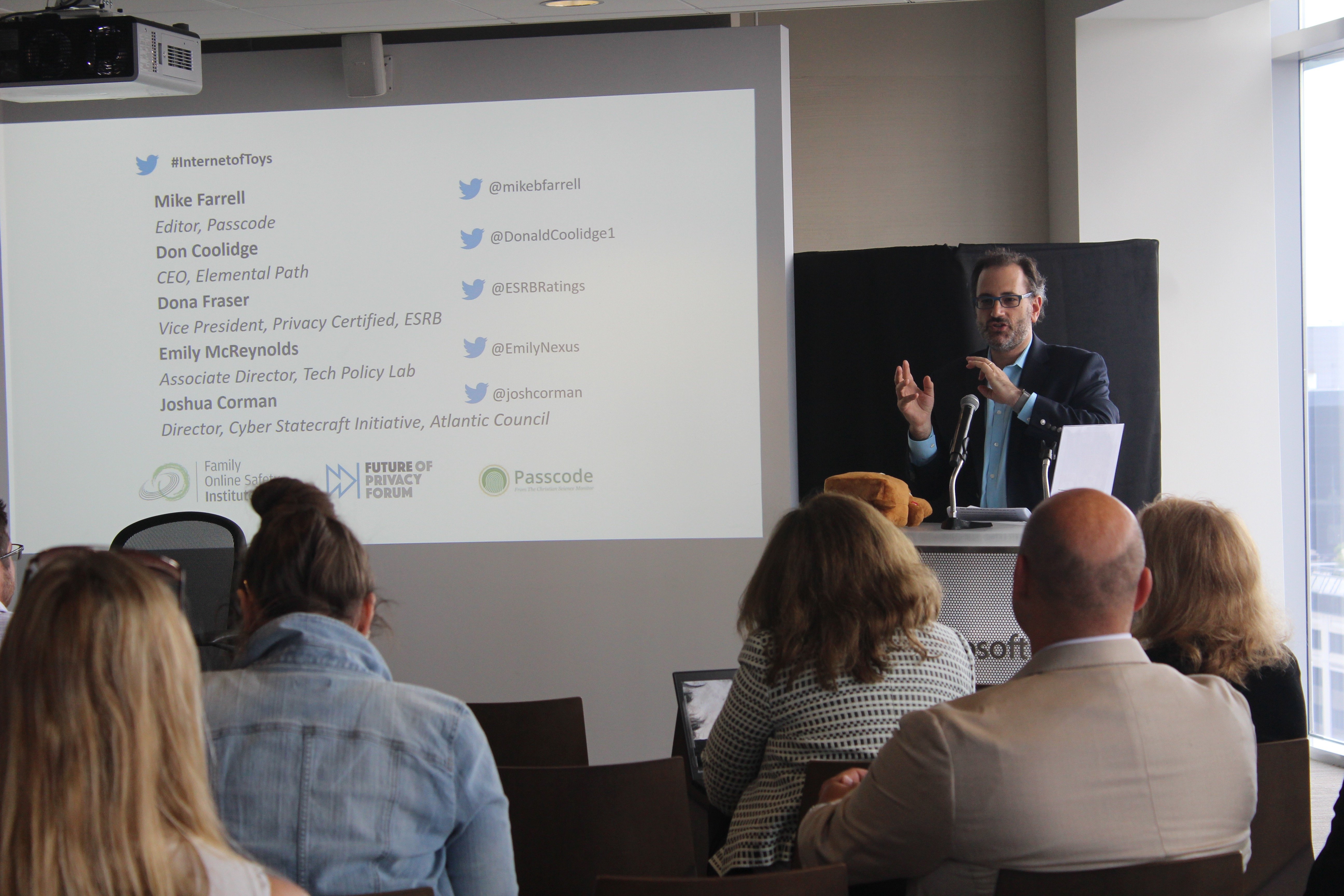 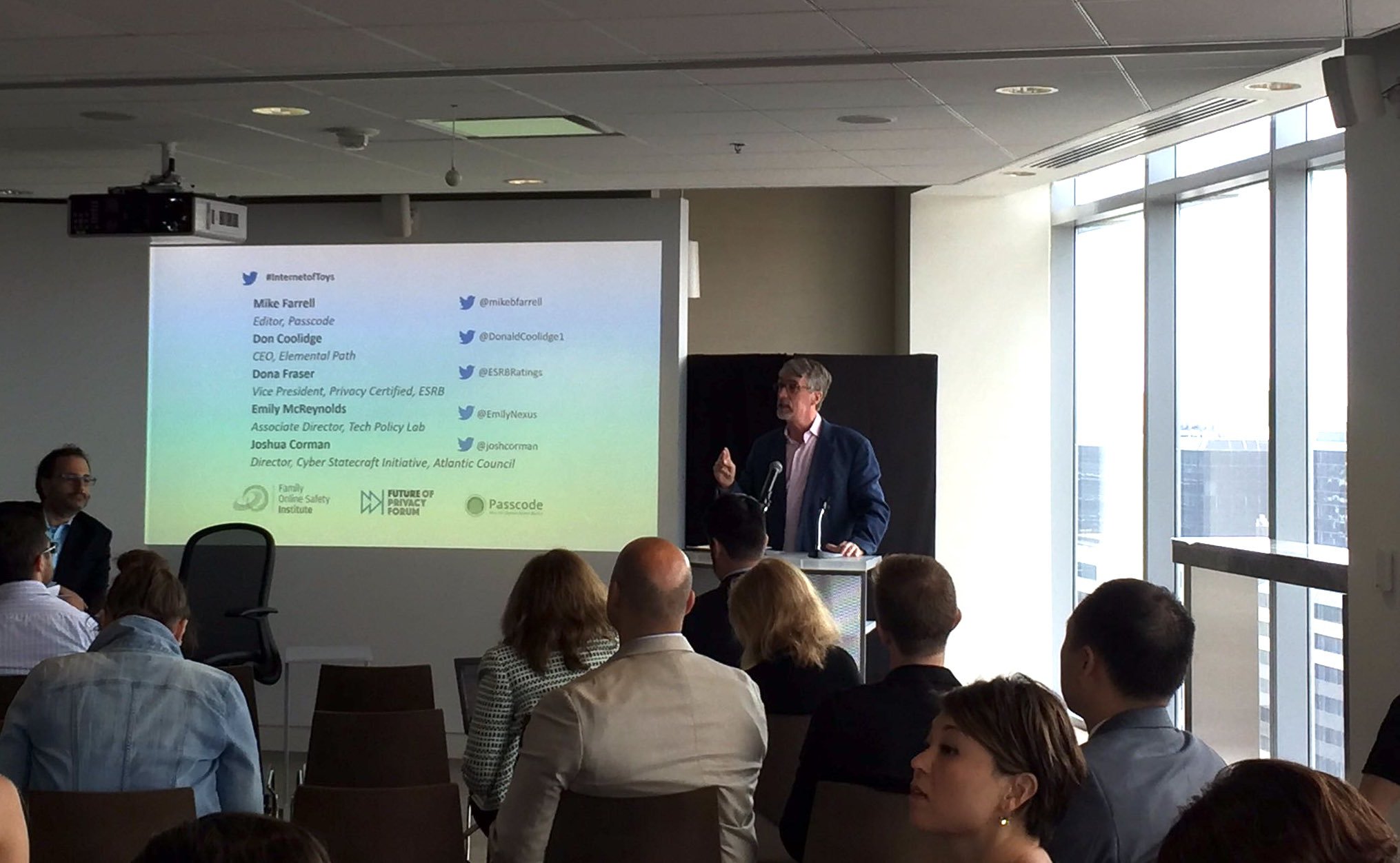 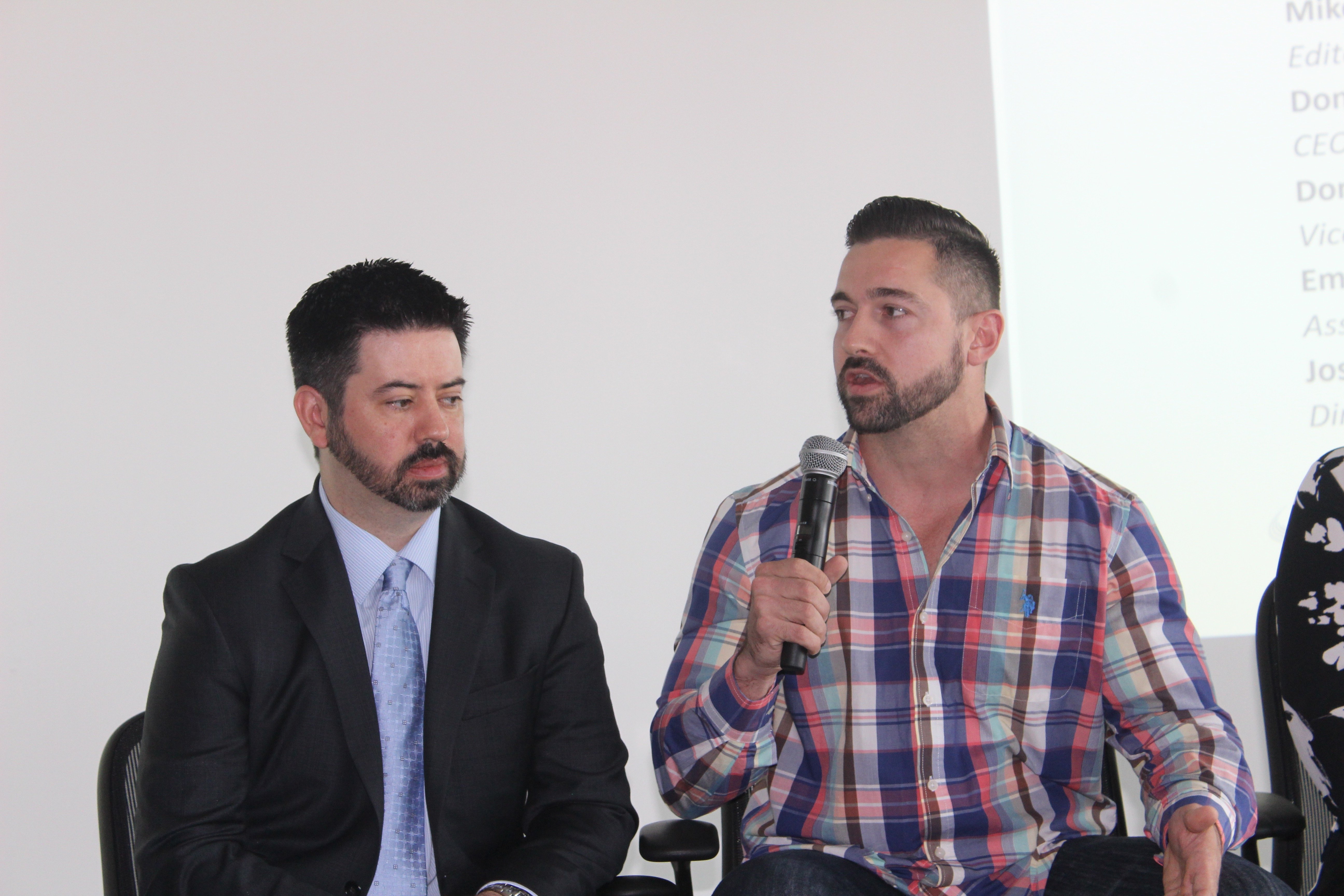 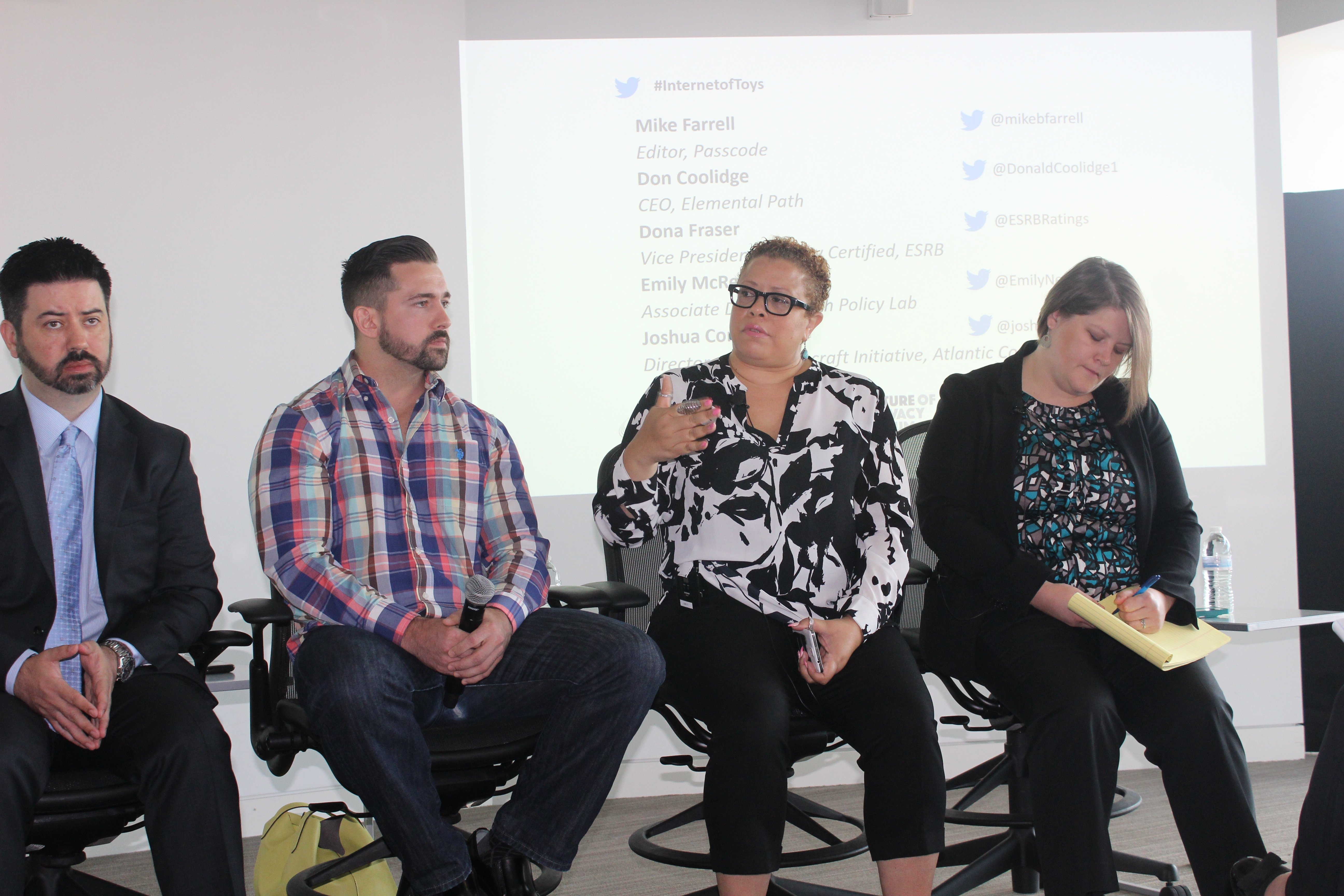 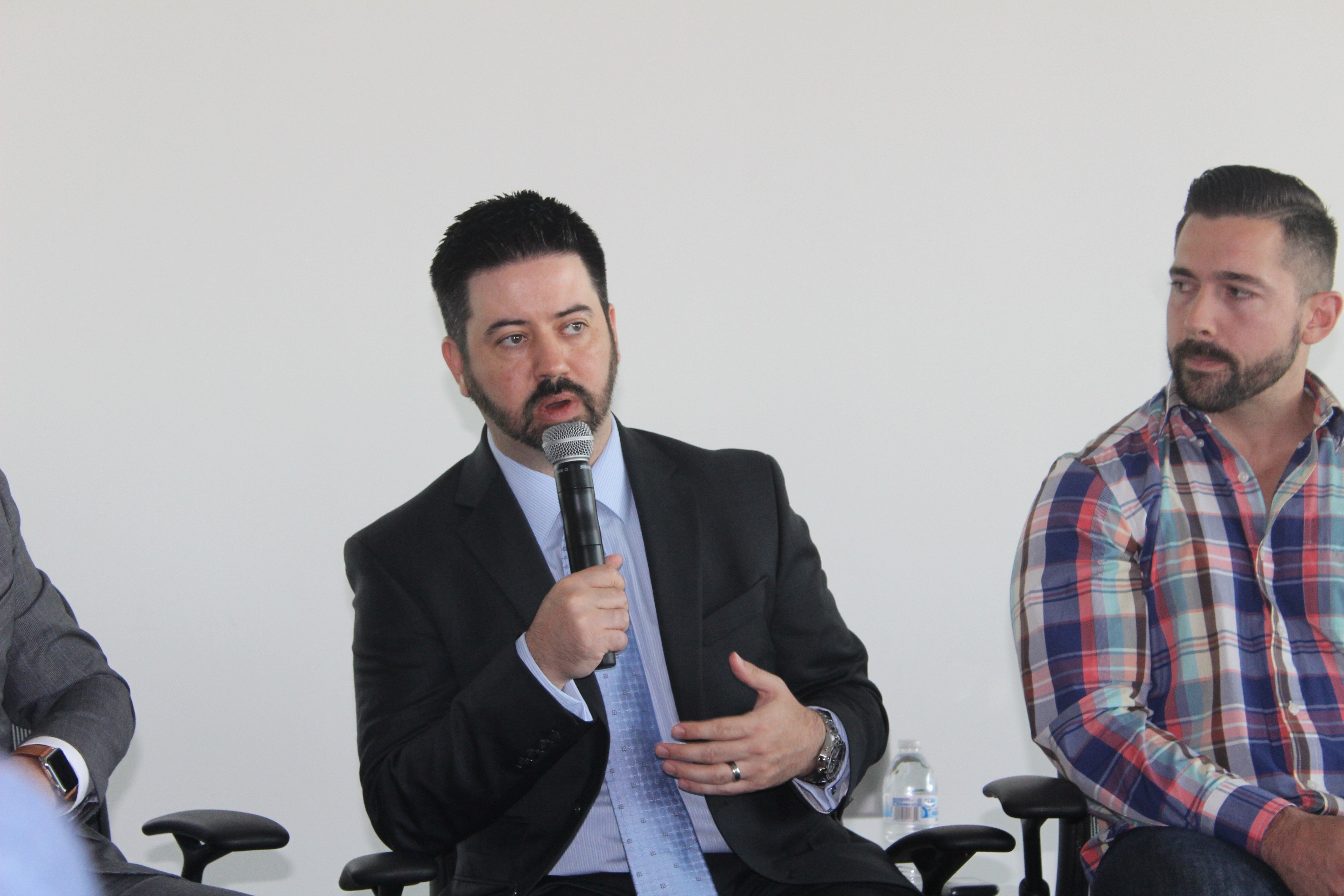 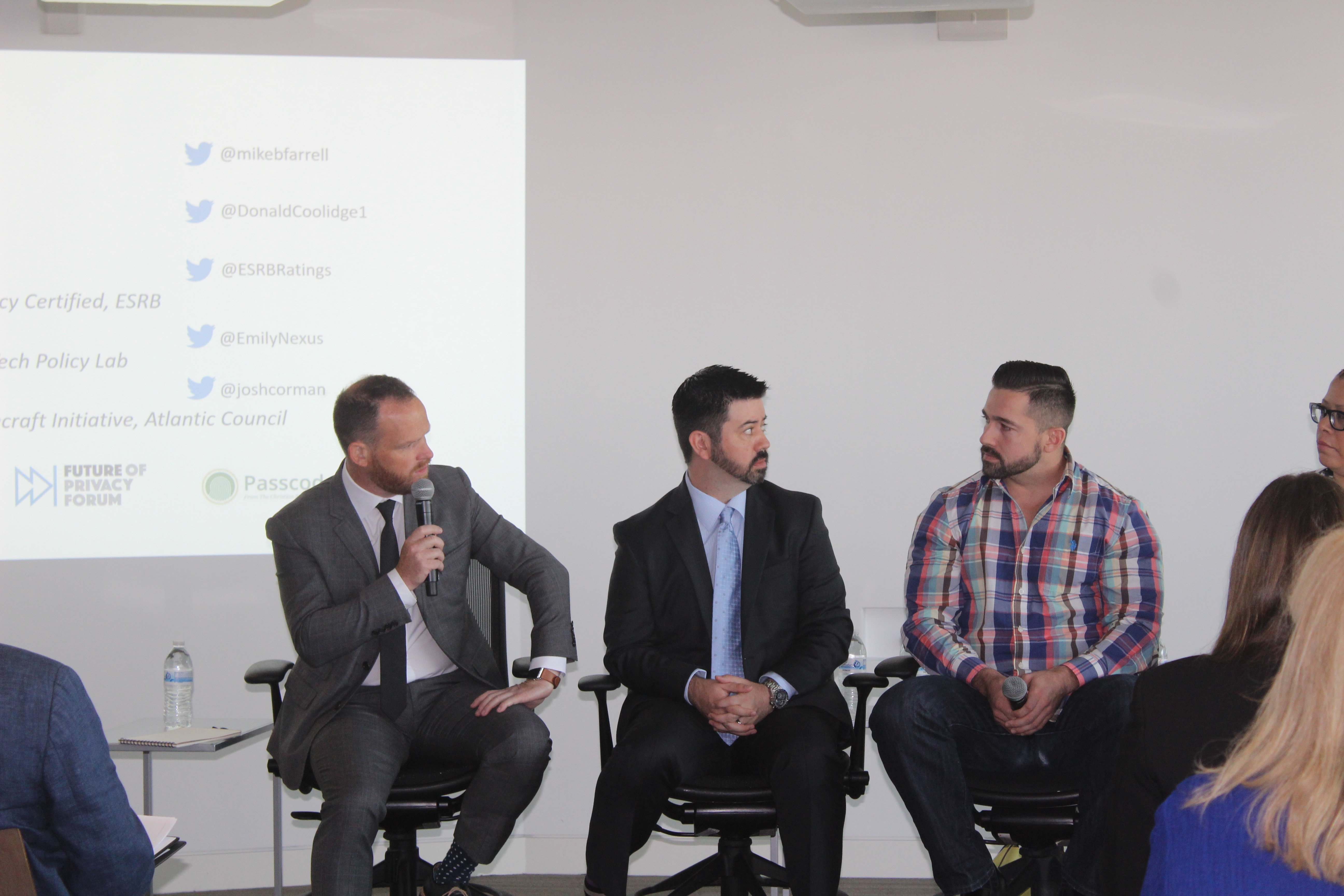 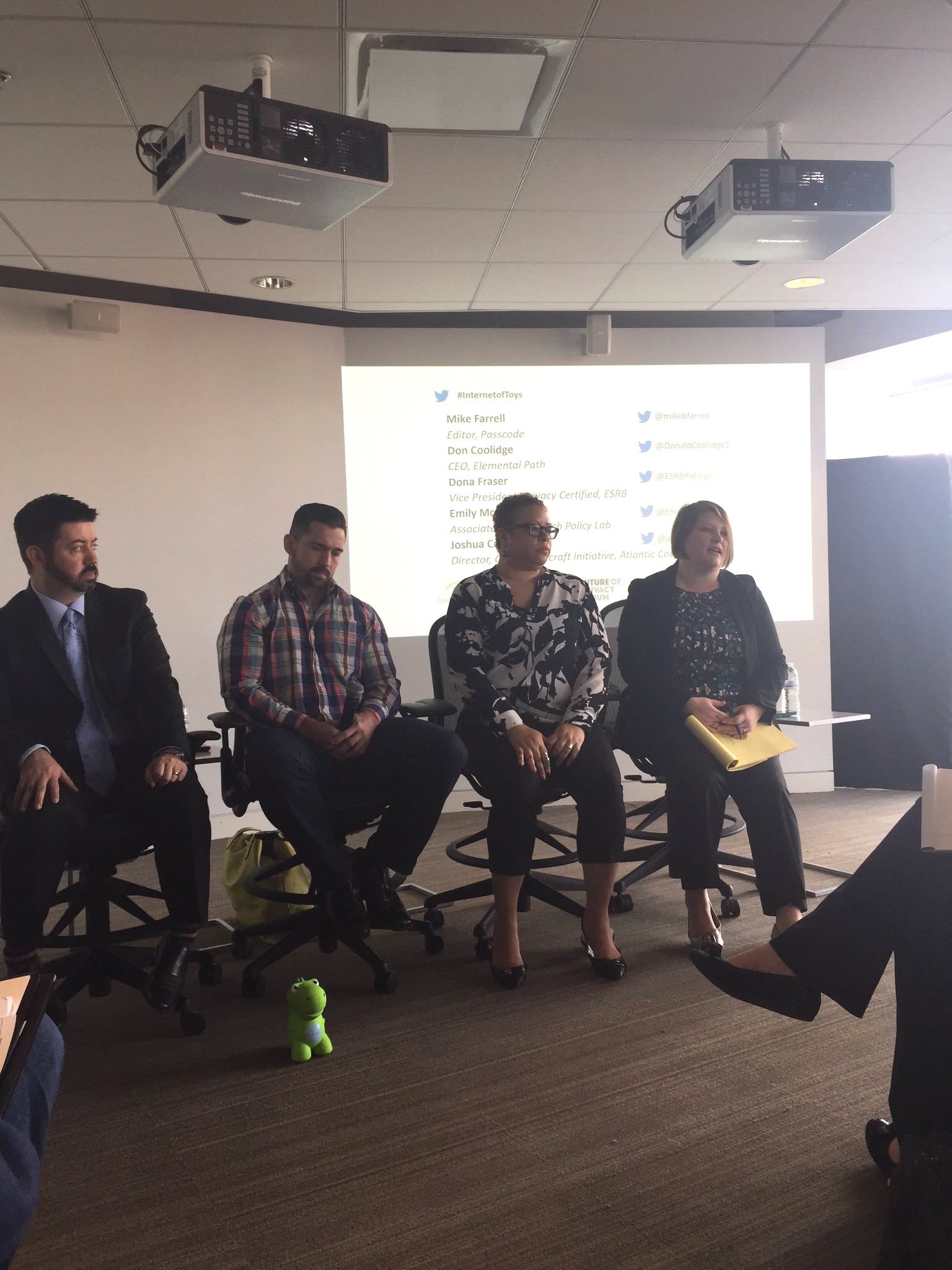 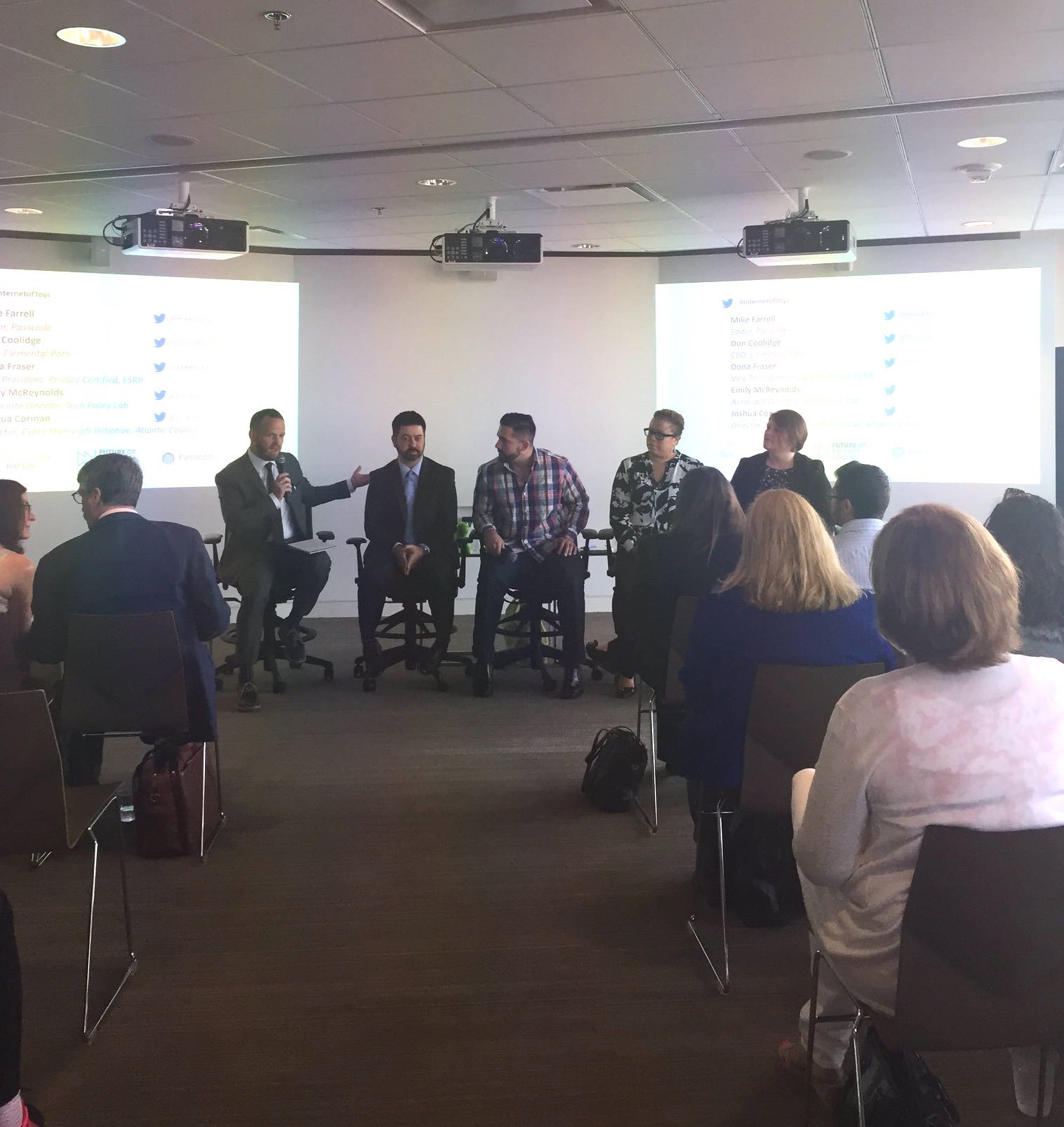 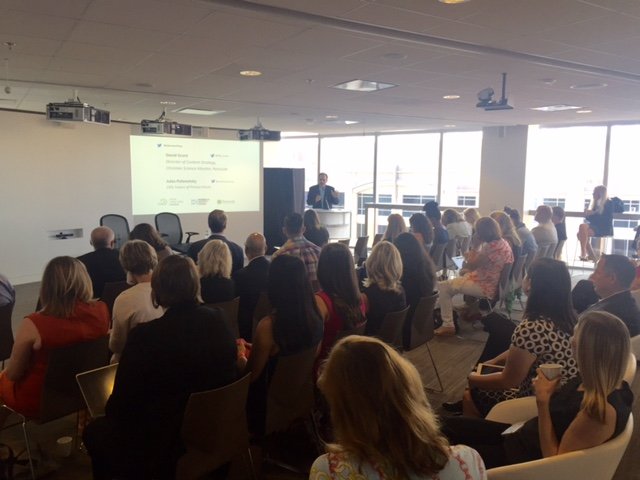 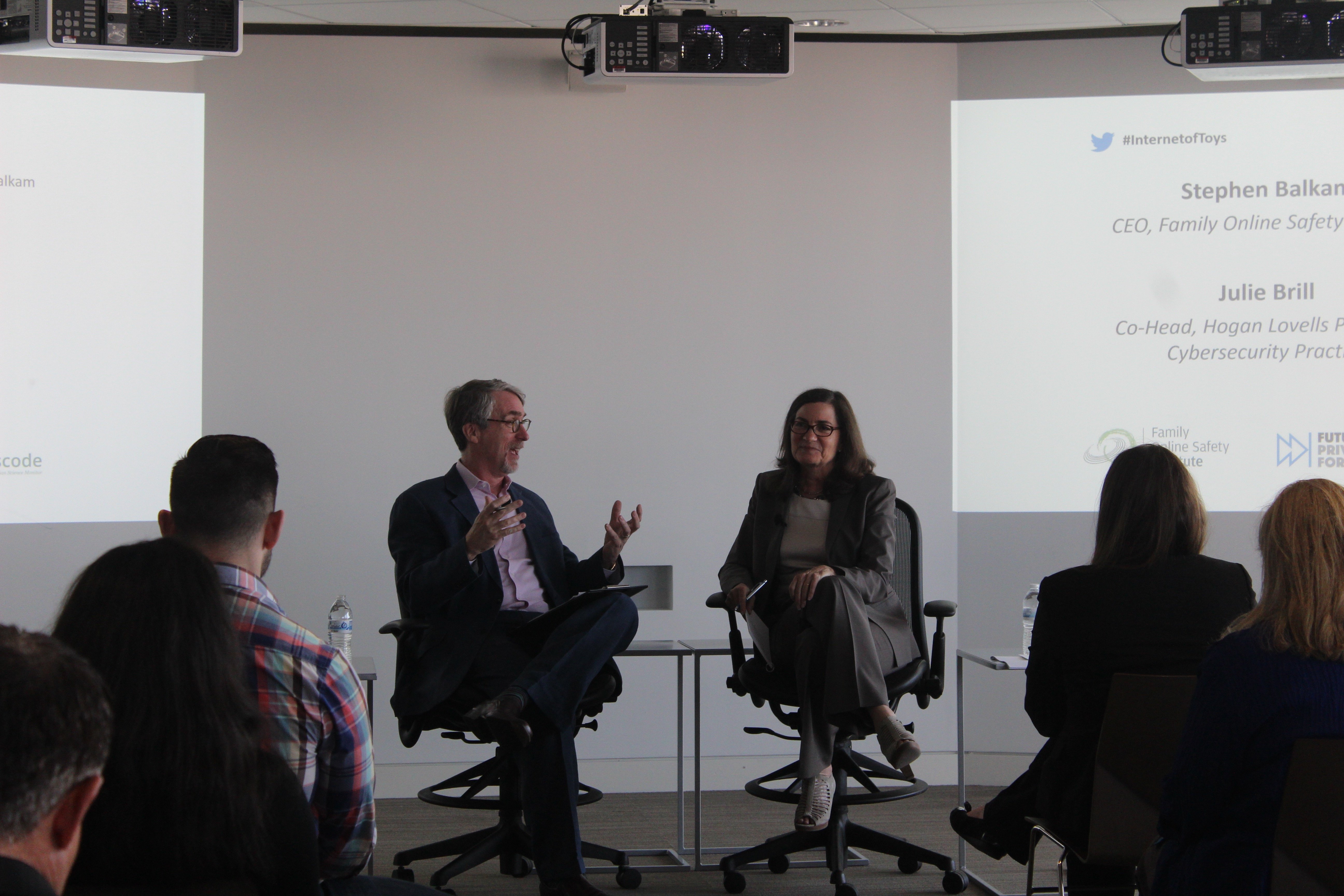 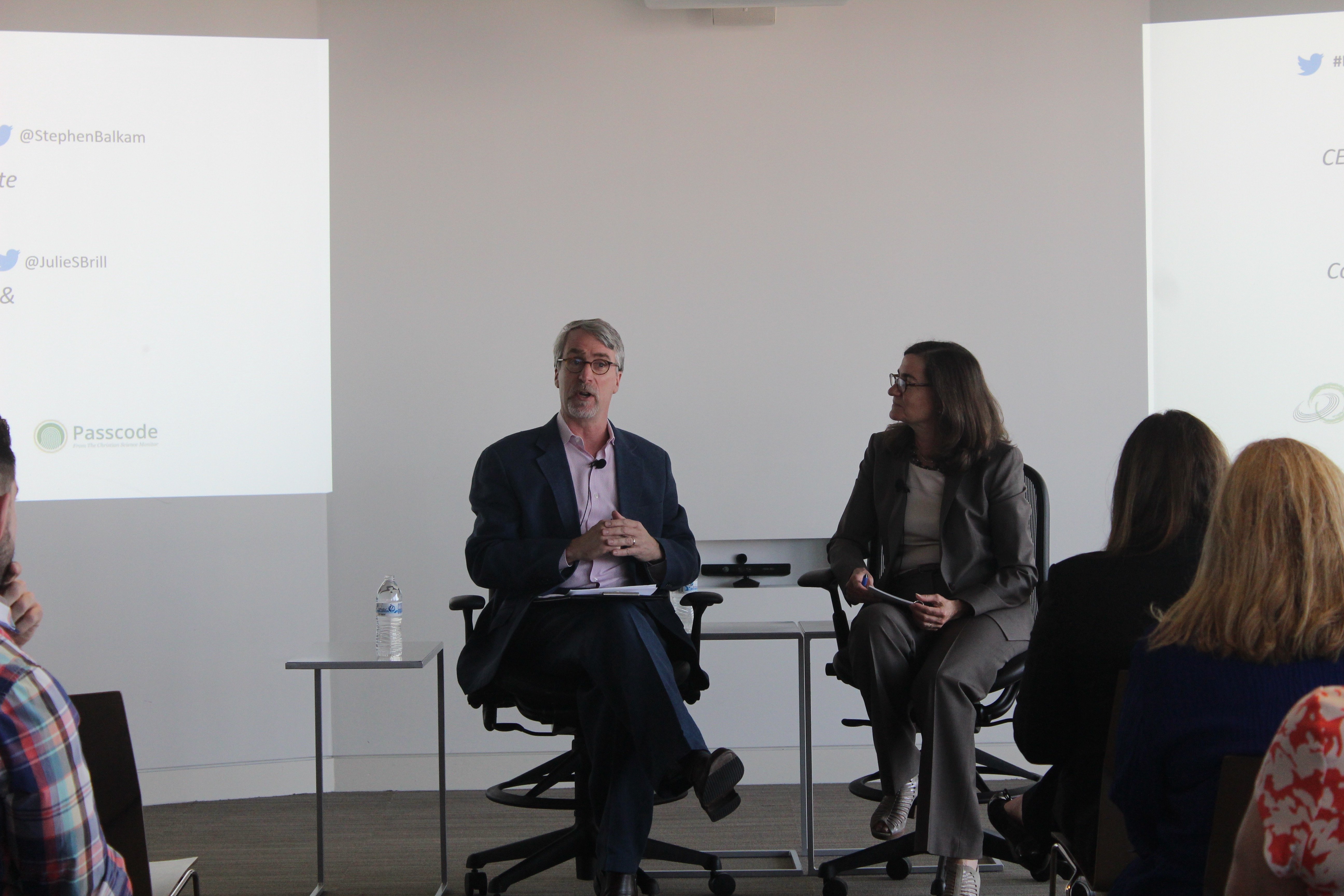 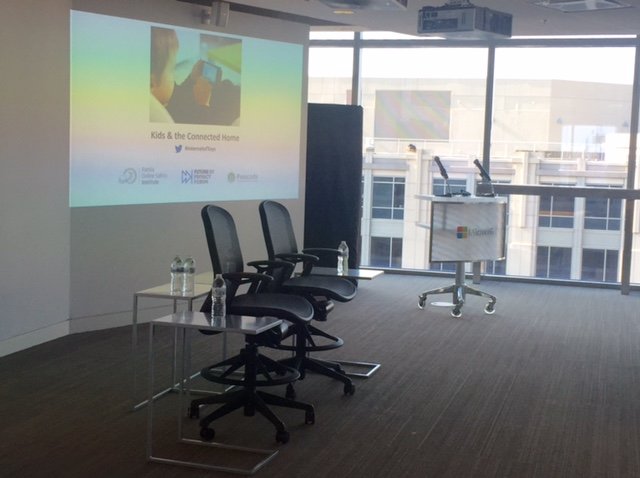