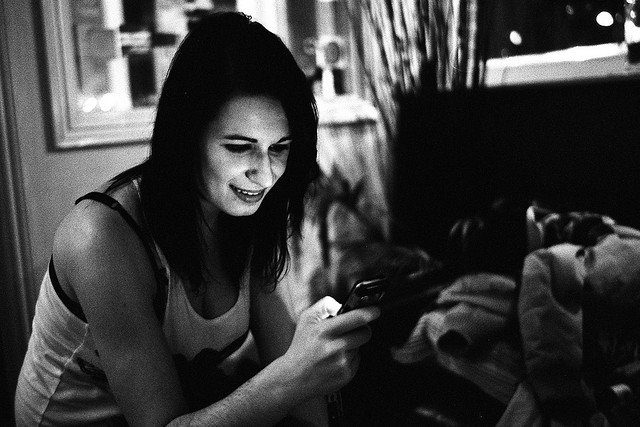 For many college students, our flirty butterflies aren’t coming from the spark we get when our eyes meet with that cutie across the room. Its more about the *ping* we get from our phone when that hottie matches with you on Tinder.

The use of dating apps have become so pervasive that it is almost expected for us to be present on at least one if not multiple platforms. I’ll give you a real life example. I live in a two-bedroom apartment with three roommates. All four of us are seniors in college. Our apartment is comprised of two straight females, a bisexual female, and a gay male. We’re a pretty representative bunch. All four of us are on dating apps. We span from Tinder to OkCupid to Grindr and, to be honest, it’s not that out of the ordinary.

From what I can tell, other than the basic need for human connection, motivations for use of these apps among college students come down to two basic ideas: the gamification of courtship and empowerment.

Online dating isn’t new... but this is the first time we’ve seen it in such a simplified, handheld format. It's almost too easy and too fun to resist.

As millennials, we like the idea of anything new. But, Hannah, what about match.com and eHarmony? Online dating isn’t new. It isn’t, but this is the first time we’ve seen it in such a simplified, handheld format. Simply connect to your Facebook profile, choose your best selfie, and you’re ready to swipe to heart’s content. Its almost too easy and too fun to resist. And that’s why we like it. It's simple and non-committal. It's a game. Much like Candy Crush, many students “play” Tinder to pass the time. As digital natives, we love the next big technology or app, but combine it with a little lust and you’ve got us hooked.

Many students act as if their fellow users on these apps aren’t real, just faces and profiles in the game. The fun part is we have the power to decide if they are worthy of our approval in the form of a like or swipe right. And this is the other reason dating apps are so popular on college campuses: empowerment.

As college students, we live rather regimented lives between assignments, internships, and preparation for the professional world. We can often feel like we are not in control. These kind of apps help us to feel like we have some sort of power in deciding who can talk to us when. Moreover, students spend a lot of time trying to prove themselves in the form of an A on a paper or acceptance into a prestigious organization. Apps like Tinder and OkCupid let us decide who is worthy of us. This also serves as a self-esteem booster. When you receive that “You like each other!” message its, while arbitrary, comforting to know that someone somewhere hit that like button.

In general, dating apps seem to be tainted with this idea that everyone is out for the one night stand. Just like in every group of people there are going to be some bad seeds, who use their circumstances and resources for malicious purposes. So sure, there are the “hey baby, you’re looking mighty fine” kind of creeps, but that doesn't mean that’s what everyone is doing. Most people are using dating apps for exactly what they were meant for: dating. Personally, I've had at least three close friends come out of these sites with long-term or serious relationships.

Despite the bad rep these apps seem to acquire, they’re not all bad and parents have no need to worry. Use them wisely and you can circumvent the creeps. Dating apps are part of the college experience now. We’re still meeting people in the student union just like you did and these apps simply put some of these interactions online. Most of us are just looking for a little fun and a little sense of empowerment and it's as harmless as that.

How to Protect Your Kids From Social Media Risks