FOSI followed up its successful conference in the Middle East with the second annual European Conference held in Madrid, Spain, on May 27th. The event was held in collaboration with Telefónica and sponsored by AT&T, Nominum and Rulespace. The conference attracted over 250 attendees and 40 expert speakers from across Europe, the USA and Latin America. The event covered a broad range of issues faced by children and young people in today’s online world including how to control personal data, emerging technologies and the importance of law enforcement’s collaboration with different agencies and across geographies. Panels also focused on location based services and issues around promoting safe use of ICTs in Latin America. Attendees heard from children themselves in a popular panel featuring 4 teenagers talking about their online experiences. The theme running throughout the day and featured in the closing of the conference was that of 21st Century Citizenship and the need for all parties to work together to promote online safety.

The conference was opened by Julio Linares, CEO of Telefónica, who spoke about the importance of online safety to Telefónica and its focus on four pillars to online safety, specifically "education and raising awareness about the proper use of ICT for children and their environment." Linares discussed the importance of focusing on young people who will shape tomorrows' society and ensuring that companies help consumers feel secure. Julio Linares was followed on stage by Natasha Jackson, Chair of the Family Online Safety Institute who welcomed attendees on behalf of FOSI.

The first panel of the day, "Safe and Responsible Online Use: Does the Self-Regulatory Framework Promote 21st Century Citizenship," concerned the role of government in online safety and the self-regulatory efforts of companies. Panelists included Alberto Andreu of Telefonica, Arturo Canalda the Defensor de Menor de la Comunidad de Madrid, Christine Kormann, of the European Commission, Maria Luisa Rodriguez from Telefonica, and Brent Olson of AT&T. Andreu moderated the discussion and talked about the importance of companies having internal rules and policies in place and spreading these policies throughout a company's market. Panelists discussed the importance of educating users to make wise decisions online and also debated regulation vs self regulation, differences between the USA and Europe, the concept of digital citizenship and the importance of shared responsibility by all stakeholders.

Dolores Flores, General Manager for Families, Children and Volunteers on the Madrid City Council addressed the audience and talked about how the city of Madrid will spend over 1 billion Euros for a “Family and Childhood Plan.” This plan includes specific measures to facilitate the use of new technologies and the city will also work to promote the positive aspects of the Internet and educate about safe online use without frightening families.

The morning included two breakout sessions. "Taking Control of Your Data-Staying Safe While Social Networking, Micro-Blogging & Photo Sharing" was moderated by Artemi Rallo, the Director of the Spanish Data Protection Agency whilst the panelists included Diego Ramos of DLA Piper, Ana Luisa Rotta of Optenet, Michael McKeehan of Verizon, and Scott Rubin of Google. Ramos talked about the legal aspects of protecting the privacy of minors in the U.S. and in Europe. Rotta talked about Optenet's commitment to digital citizenship and noted that 49% of children under age 11 have a profile on social networks and need to learn how to act in risky situations and that education is essential. McKeehan talked about people putting too much information online and jeopardize jobs prospects and school admissions. McKeehan said that younger kids are more likely to make mistakes and post too much information and that education is key to promoting safety on social networking. The other morning breakout session was "Tech Talk: What’s Coming Down the Track," moderated by Derek Wyatt, Founder of the Oxford Internet Institute, with panelists Marian Merritt of Symantec, Luis Miguel Garcia Oliva from Microsoft, James Dirksen of Rulespace, Craig Sprosts of Nominum, and Beatriz de Onate from Telefonica. During this panel on emerging technologies the speakers highlighted the expansion of mobile devices and web applications as being the key issues that will require the attention of online safety professionals in the near future.

FOSI's Dave Miles moderated a discussion with John Carr, ENASCO; Johnny Shipp, Telefonica; and Janice Richardson of Insafe on "The New Breed of Location Services - Privacy and Safety Concerns for Children and Young People." This panel talked about the evolving nature of location based services along with the risks and benefits of such technology. While in the main room during the afternoon breakout sessions, attendees heard from the children themselves on "Can Parents and Caregivers Supervise Everything Kids do Online?" which featured four teens and Will Gardner of ChildNet and Xavier Bringue of Foro Generaciones Interactivas in discussion with María José Cantarino de Frías from Telefonica. One teen suggested that parents should have Facebook accounts and that Internet use is a good thing because it helps keep phone bills down. The teens agreed that parents should set limits on usage and that kids need to learn to report problems online and discuss what they are doing online with their parents.

Manuel Exhanove of Telefonica moderated a panel focused on Internet safety issues in Latin America. "How Can We Better Promote the Safe Use of ICTs in Latin American Countries?" featured panelists Charo Sadaba from Foro Generaciones Interactivas, Catherine Cummings of ICMEC, Armando Novoa the director of the Alianza por la Seguridad en Internet, and Marian Juste with EducaRed. The panelists talked about their efforts to help eliminate and criminalize child pornography, helping parents feel comfortable with letting their kids go online, and the importance of promoting ICT use in schools in Latin America.

The final panel of any FOSI conference tends to focus on what has been learned throughout the event and what actions can be taken forward and developed in order to make the Internet safer for everyone. The "Building Alliances, Partnerships, and a Plan of Action," panel was moderated by Stephen Balkam, CEO of FOSI, and featured Brent Olson, María José Cantarino de Frías, Ruben Rodriguez of InHope, Christine Kormann and Derek Wyatt. Wyatt spoke about the emergence of web apps and the challenges that they bring to keeping people safe on the Internet; he stressed the importance of drawing on our existing knowledge and experience when confronting these new tests. Kormann commented upon the complexity of the issues surrounding location based services and the need to act soon to protect children; she also provided more information on the work being done by the Safer Internet programme. Cantarino de Frías underlined the importance of global solutions to global problems. Rodriguez expressed his disappointment that there was no representation from international law enforcement at the conference, while speaking about the importance of collaboration and the building of alliances in order keep children safe. Finally Olson spoke of the current issues that cross generations; the focus on privacy; data protection and safety as well as the challenges around connectivity.

The conference was bought to a close with remarks from Francisco Ros, Secretary of State, Ministry of Industry, Tourism and Trade, Government of Spain. This was a successful, thought-provoking and productive conference in Europe and would not have been possible without the support of Telefonica, AT&T, Nominum, and Rulespace. 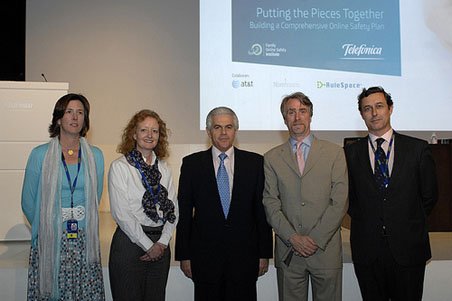 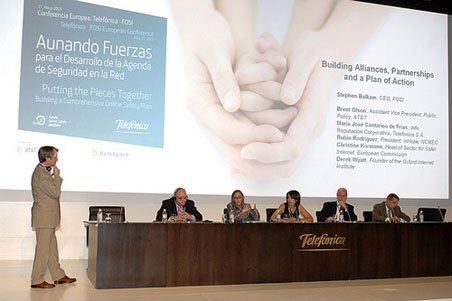 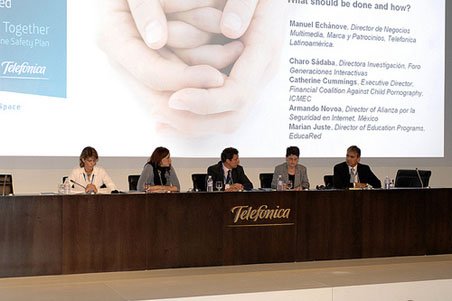 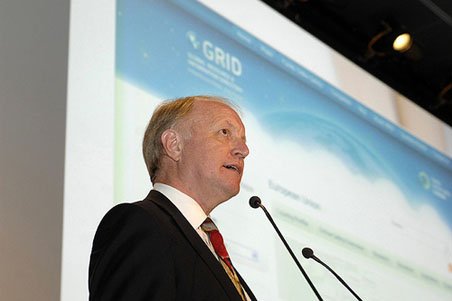 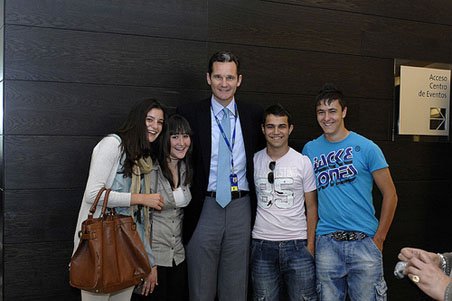 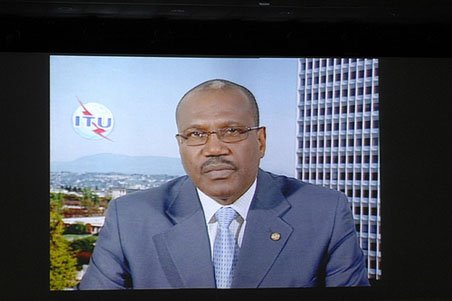 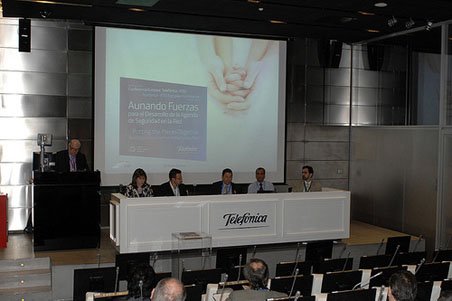 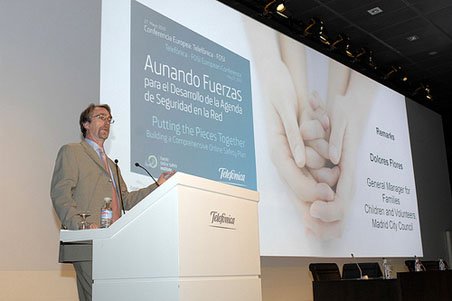 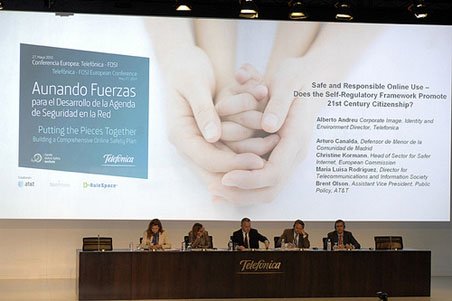 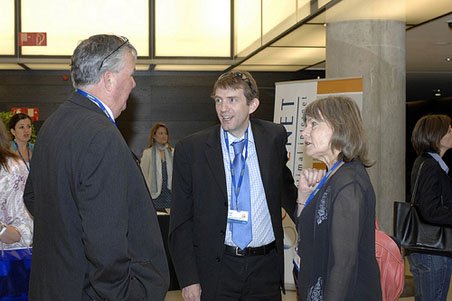