Children are used to getting are used to getting hand-me-down items, from clothes and toys to high-tech devices such as cellphones, tablets and even computers. Despite how fashion changes may impact the wisdom of some of those decisions, there are several things to consider before a child gets a previously owned device. The repercussions of doing so range from minimal to devastating, depending on what the device was used for previously.

Both adults and other teens download apps of all types. While many of them are simply fun, others can be highly inappropriate for kids. When handing down technology, the previous user needs to do a thorough review of the device to be sure that any previously downloaded apps have been deleted.

As a parent myself, I would hope that my child would come to either myself or my wife if they came across something that made them uncomfortable. Imagine, though, what would happen if a parent was shown offensive material that was placed there by an older sibling and later found by the younger sibling? They may feel that they did something wrong and not discuss what they found with anyone. Or, they may fear that showing an adult what they found on a device from an older sibling will get them into trouble with their older brother or sister.

With some devices, it can be difficult to make sure that users see all of the apps that are installed by the company and how many were installed by the user. For that reason, be sure to list the apps alphabetically and open each app to review it for younger users. When it doubt, uninstall it. Most devices will let you know if you are about to erase a program that needs to be kept and it will help ensure that the younger child starts using a device with a clean slate.

Some apps, such as the secret vault or ghost apps, can look like any other app, while secretly hiding inappropriate content. Those apps typically require a password or PIN to access the hidden content. Imagine, though, how a young child might feel coming across nudity or evidence of cyberbullying, possibly including profanity that younger siblings may repeat because they have seen an older brother or sister use that kind of language.

For very young children, their first piece of technology is often an educational toy, such as a LeapPad or vtech device. These are dedicated to specific software and rarely, if ever, have access to anything more than what comes in the cartridges with new games. Kids learn how to use them quickly, perhaps misleading their parents that they are “ready” for something better. The problem is that technical proficiency is different than having the wisdom and maturity to use more advanced devices. Children may not be emotionally prepared to handle what may happen to them online.

Cellphones and tablets are a completely different type of device. No longer restricted to limited software, these devices can surf the web and connect with most internet sites. This is true even with phones that no longer are active through a phone plan, but can still access a WiFi network. This includes not only traditional websites, but access to app stores where the child could download free apps that are acceptable for adults and older kids, but not for young kids.

Imagine what your grade school child might come across after downloading Tinder or Grindr? Even setting aside the apps that are marketed towards adults, with an “M” rating for people over the age of 17, other apps that do not carry that requirement can get young kids into trouble. Also keep in mind that while the app stores say that those adult oriented sites are for people over 17 years of age, there is little or no verification to make sure that the user is actually an adult.

Many apps are now using Facebook’s login information for registration. However, it’s very easy to provide Facebook with a fake birthday to make the person appear older than they really are, so that the account could be used to access apps that are meant for adults. I’ve seen firsthand how easy it is to find inappropriate content on social media sites, including Twitter, Instagram, YouTube and Facebook.

For convenience’s sake, people tend to keep themselves signed into apps on their phones and tablets, even more often than with a computer. That’s because they tend to be personal units, not typically shared with others in the family like a laptop or desktop computer.

As his wife, Kim Kardashian, explained, "You just have to make sure that your parental controls are all set. I think you just have to be responsible, and don’t have your credit card linked to where your kid can just spend if they want to, or ask permission." 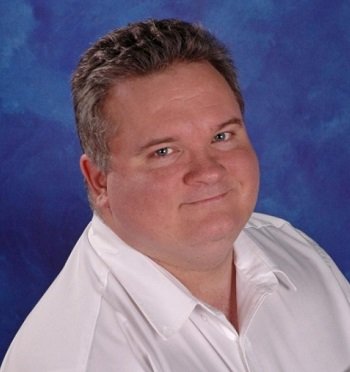 Joe Yeager is the social media administrator for a leading dental manufacturer, as well as the Founder of Safety Net of PA, LLC, the social media blogger for Calkins’ Media and an adjunct professor at Philadelphia University. More importantly, he is married to his wife, Denise and the father of a young daughter, Maddie. It is because of her that he created a Facebook page to help keep kids safe online.

Joe Yeager is the social media administrator for a leading dental manufacturer, as well as the Founder of Safety Net of PA, LLC, the social media blogger for Calkins’ Media and an adjunct professor at Philadelphia University. More importantly, he is married to his wife, Denise and the father of a young daughter, Maddie. It is because of her that he created a Facebook page to help keep kids safe online.

YouTube Partners with FOSI to Launch the Creator Safety Center