For This Bullying Prevention Month, a Bit of Clarity 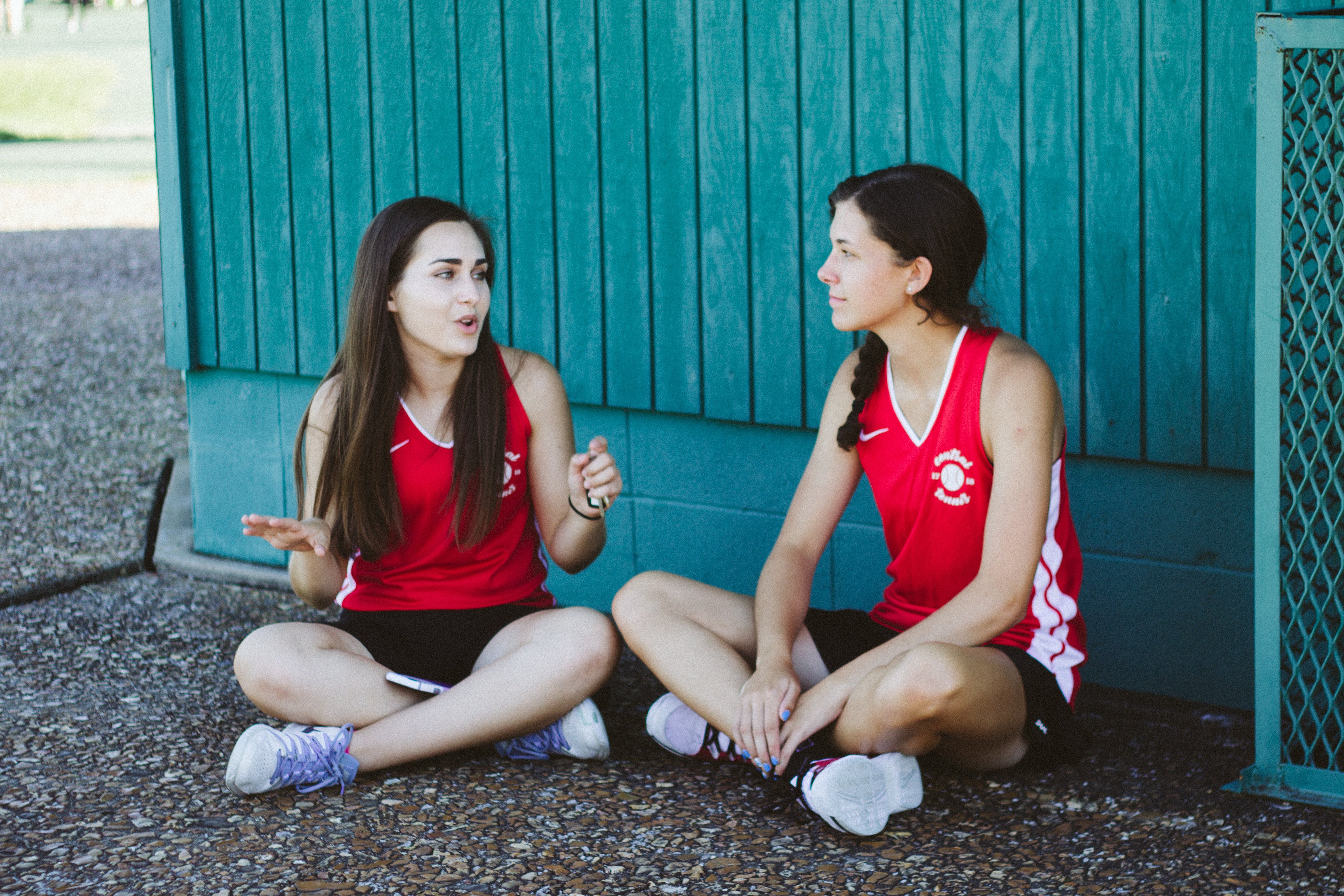 The Pew Research Center just published a surprisingly high figure under a headline referring to “cyberbullying.” The authors report that 59% of US 13-17 year-olds had experienced some form of it.

But it’s important to zoom in on the “some form of” part. Pew’s researchers asked their respondents which of six forms of abusive behavior they had experienced online (the 59% was the number for teens who’d experienced at least one). 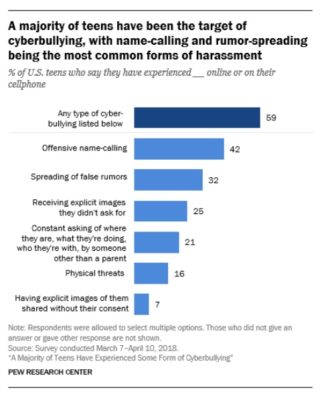 Three of the forms of behavior—name-calling (the most common, at 42%), rumor-spreading (32%) and physical threats (16%)—don’t require digital media or devices for delivery and aren’t even technically bullying, though they can certainly be used in bullying.

A fourth, a form of stalking (21% said they’d experienced constantly being asked where they are, what they’re doing, etc., by someone other than a parent), has also been going on for eons, but can be even more constant and extreme with mobile phones involved. It can also be a form of dating abuse.

The final two on the list are forms of what popular culture calls “sexting”: receiving unsolicited explicit images (25%) or having explicit images of oneself shared without one’s consent (7%). Both can be forms of bullying, but not necessarily; and both, especially the latter, are often sexual harassment, and—the better to protect themselves—young people need to understand this digital form of sexual harassment as such.

What cyberbullying is and why that matters

So when can any of these actually be cyberbullying? When they’re inflicted on someone repeatedly (which usually means intentionally) using digital tools or media. So the name-calling, rumor-spreading, etc. would need to be repeated and aimed, usually aggressively, at one person. Traditional definitions of bullying usually also refer to “a power imbalance,” whether physical, emotional or social, but that’s pretty well implied by the repeated aggression, right? If one person isn’t being victimized in a one-sided way, we’re usually talking about plain-old conflict, not bullying. Here’s the latest information on that from the Cyberbullying Research Center and the National Research Council.

Why does any of this matter? Well, because 59% of US teen is a lot, and this is a highly credible research organization with solid methodology. So it’s good to know what we’re talking about, here—so that we know that cyberbullying has not in fact gotten much worse—a conclusion that people who see that figure in the same headline with “cyberbullying” could easily make. We don’t need to believe the worst about our teens’ experiences or behavior. And of course it’s good to remember that people under 18 aren’t the only ones who experience or engage in any of these behaviors!

The latest figure for how many US teens have ever experienced cyberbullying is 33.8%, and that’s from a huge representative sample of 5,700 US teens surveyed by the Cyberbullying Research Center. Their brand-new guide to cyberbullying released today for Bullying Prevention Month can be downloaded here. 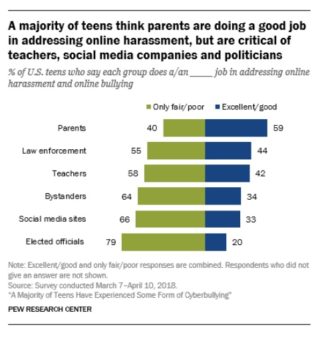 ReThink the Internet: A Digital How-To Guide For Today’s Youth