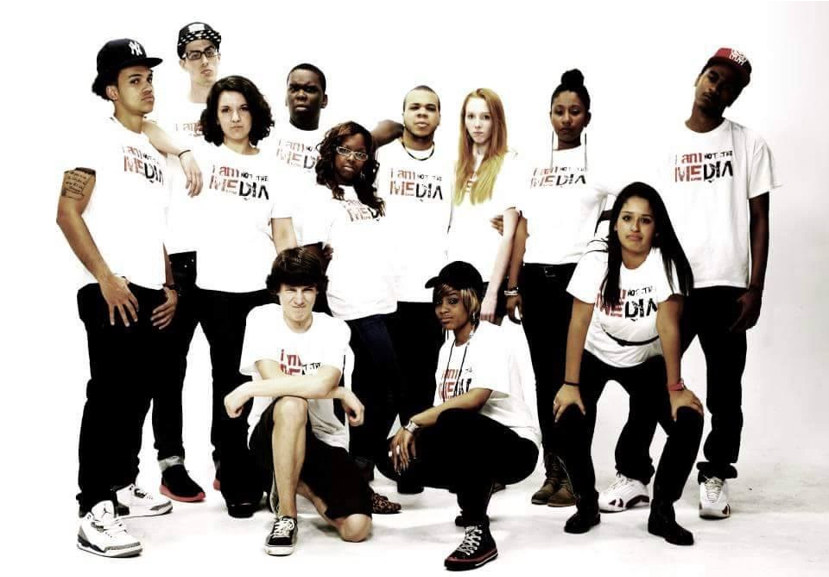 During adolescent years, teens are developing their identity and are constantly bombarded with messaging in media that frames their beliefs on who they are and who they should aspire to be. For this reason, teens are practically the most vulnerable and impressionable age group engaged with media due to their stage of emotional and mental development, accessibility, and high consumption. For instance, a 2018 Pew Research Study revealed that 95% of teens have access to smartphones at their fingertips and nearly half of teens report that they are online constantly (Anderson & Jiang, 2018). Although teens are vulnerable to the influential messaging of media, as children transition into their teen years, parents typically begin to reduce their involvement and engagement with their child’s media interests. Unfortunately, this hands-off approach can be stifling and confusing for teens to grapple as they are embarking on their journey to adulthood. As an adolescent, I personally struggled with understanding my identity as a black girl based on what was cultivated in the media with the illusion of unrealistic beauty standards. The imagery of women and hidden messaging from advertisements, music videos and my favorite television shows created insecurities with my body image and developed a longstanding make-up addiction that I honestly was not able to unpack until my mid-twenties. While confronting my media demons as a young adult, I realized there was work to be done with myself and desired to help other teens with stories similar to mines who have been influenced in various ways by the media.

Creating Change with I AM not the Media, Inc.

At the age of 26, I founded the nonprofit organization, I AM not the MEdia, Inc.in May 2011 as a response to my own challenges I had with self-acceptance from the media’s influence in my adolescent and young adult years. At the time, I had no idea that I was engaging in media literacy, but saw the need to empower teens to become critical consumers of media by analyzing the text and subtext of media messaging and evaluating its influence in their lives. In January2012, I launched a series of over 20 workshop programs devised through research on teenagers and the media conducted by volunteers. Initially the workshops focused on five categories: body image and stereotypes, sex and healthy relationships, teens as consumers, media safety, teens and healthy living, and bullying and teen violence. Since its inception, I AM not the MEdia has served over 18,000teens in NC, SC, and GA, and has evolved its programming to focus specifically on the influence of social media on the lives of adolescents. The organization continues to offer curriculum and outreach workshops for schools and community organizations face to face and virtually while maintaining its mission: to empower teens and young adults to become conscious viewers of the media, critical decision makers, and to embrace their individuality and uniqueness through media literacy and media creation.

So, What Is Media Literacy?

Media literacy teaches teens critical thinking skills and how to become conscious consumers of the media. Teens learn how to deconstruct hidden and overt media messages through the process of accessing, analyzing, evaluating and acting. Through media literacy education, teens learn how media influences them individually and culturally. There are many programs that teach teens how to create media, but IAM not the MEdia’s programs focuses on teens’ understanding how media impacts their mental health, belief systems and behaviors by developing and practicing critical thinking skills. A great resource that I use to teach critical thinking skills with teens is The Conceptual Understandings and QuestionsFramework developed by Kellner and Share (2019). The framework provides six conceptual understandings of media construction along with questions for analyzing and evaluating any medium. This framework is beneficial for educators and parents to utilize with children to help build their critical stamina for engaging with multimodal text.

The action piece of media literacy places the social responsibility on the teens to not only become healthy and safe users of the media, but media creators and advocates for media literacy. A lot of my work in media literacy education focuses primarily on marginalized communities, where there is a lack of positive representation in the media which in turn may influence teens’ perceptions of themselves. Considering the current climate in our nation with racial injustice and disparities that exist among certain populations,“critical” media literacy, which teaches how power structures play out in the media, is important to teach children of all races and nationalities. My favorite part about doing media literacy with teens and my own pre-teen daughter, is watching the light bulb come on in their mind as their eyes light up when they connect what is happening in the world through the music or YouTube videos they have watched a million times yet never noticed certain hidden messaging. When teens are taught how to become critical consumers of the media, they begin to explore the world through an informed lens and are empowered to become change agents through social justice and civic engagement.

Three Tips For Doing Media Literacy with Your Child

A study conducted by the American Family Survey highlights how the overuse of technology has overtaken drugs, sex and bullying as the biggest parental worry (Kamenetz, 2019). For this reason, it is essential for parents to understand the importance of media literacy education and strategies for building critical thinking skills with their children. Parents can utilize these three tips for creating teachable moments with teens while examining and exploring media together:

1)    Meet them where they are- It is important for parents to stay actively involved with their teen’s media engagement. Parents should take on more of an advisory role versus an authoritative role during the teen years with their child’s media interests. It is still extremely important to provide some restrictions, but essentially you want to empower them to be critical thinkers on their own versus shielding them from the world.

2)    Don’t be judgmental- Be open minded. Ask your children to share their favorite song with you. Discover who is their favorite artist or YouTuber. Although you may not be a fan of certain content, use the opportunity to empower your teen to question text. Utilize the ConceptualUnderstandings and Questions Framework (Kellner & Share, 2019) as a guide to foster a thoughtful conversation and build upon a teachable moment for you and your child.

3)    Embrace their “WHY?”- Welcoming the million questions that come your way is the best parenting practice you could employ with your child. The "because I said so" responses we all heard as a kid from our parents does not equip children today with the skills they need to navigate in a highly media saturated world. Empower your child to question everything and always search for the truth in the physical and digital media world. 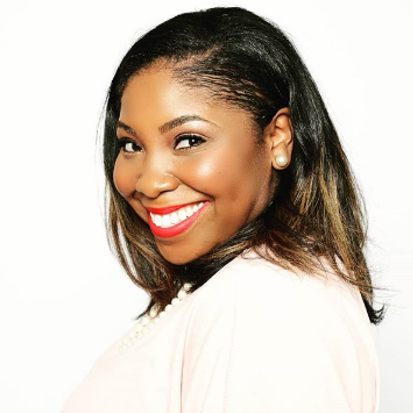 Jimmeka Anderson received her Ph.D. in Urban Education and is an author, media literacy educator, advisor, and consultant for several national organizations such as the American Library Association, Women’s Sports Foundation, US Department of Education's Office of Education Technology, 9 Story Media, and WestEd. Currently, she serves as a Project Manager for the Cyber Citizenship Initiative with the National Association for Media Literacy Education (NAMLE) and as a Program Fellow for New America. Jimmeka is the Founder and Executive Director of I AM not the MEdia, Inc. She has been featured in WIRED Magazine, the Washington Post, on NPR 1A, Good Morning America, and in the Trust Me Documentary released in Fall 2020. Her recent book with coauthor Kelly Czarnecki Power Lines: Connecting with Teens in Urban Communities through Media Literacy will be published by ALA Neal-Schuman in Fall 2022.

Jimmeka Anderson received her Ph.D. in Urban Education and is an author, media literacy educator, advisor, and consultant for several national organizations such as the American Library Association, Women’s Sports Foundation, US Department of Education's Office of Education Technology, 9 Story Media, and WestEd. Currently, she serves as a Project Manager for the Cyber Citizenship Initiative with the National Association for Media Literacy Education (NAMLE) and as a Program Fellow for New America. Jimmeka is the Founder and Executive Director of I AM not the MEdia, Inc. She has been featured in WIRED Magazine, the Washington Post, on NPR 1A, Good Morning America, and in the Trust Me Documentary released in Fall 2020. Her recent book with coauthor Kelly Czarnecki Power Lines: Connecting with Teens in Urban Communities through Media Literacy will be published by ALA Neal-Schuman in Fall 2022.

Media Literacy Should Start Early – And Last a Lifetime

Recognizing What’s Real: Information Literacy as a Tool for Progress