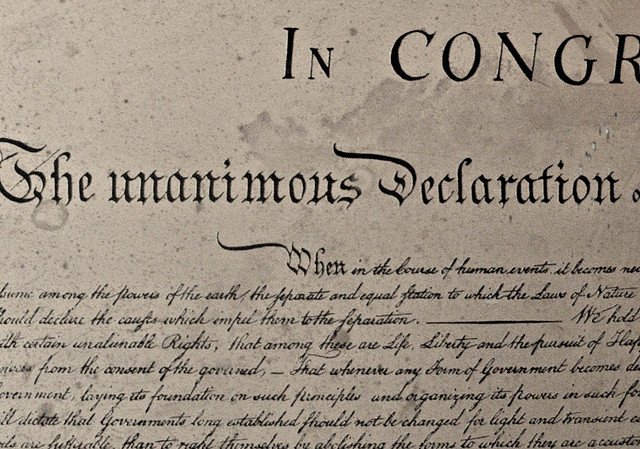 Two hundred and thirty nine years ago, the United States declared independence from the British Empire. In doing so, we gained a lot of freedoms. But with those freedoms came risks and responsibilities. Your child’s new laptop or tablet grants them similar freedoms and, therefore, holds similar risks and responsibilities. So, as you celebrate our nation’s Declaration of Independence with hot dogs and fireworks, make your own declarations of online safety with your family.

Talk about those freedoms, risks, and responsibilities that come with each new device and, in the spirit of the holiday, write up real declarations together. They can act as rules of the household by stipulating screen time limits, the freedoms they have online, where they can use their devices, and so on. You could also make a commitment to proper online behavior by being a good digital citizen. Next, declare the promises you and your child make to each other about tech use. Commit to giving your child their own space online and be honest about how you monitor your child’s online behavior. Have them commit to being truthful about their browsing history and act like themselves online by not hiding behind the screen. Together, make a promise to keep positive digital footprints.

Then, share your family’s declaration with the world! This Independence Day, Democracy Cafe is launching their newest initiative The Declaration Project. Democracy Cafe seeks to empower people of all ages to exchange ideas in an open and inclusive environment and create a large public discourse. The Declaration Project will connect participants all over the world by gathering thousands of declarations on one website.

The project seeks to amplify youth voices and get them thinking about issues that they care about, so help your child to write and submit their own declarations. Encourage them to use the voice that technology affords them and be positive content creators online by declaring their opinions. The declaration can be about anything they set their minds to. It could be something they care about or admire, something they see in the world they want to change and how they would go about doing so, or goals they have and how they will achieve them. By bringing together personal declarations from around the world, the Declaration Project is an example of how the Internet can remind individuals that their own voices are just as powerful and important as our nation’s Founding Fathers’.

As important as it is to look towards the future on Independence Day, remember to reflect on our history, as well. Explore our nation’s history and our Founding Fathers together with these online resources.