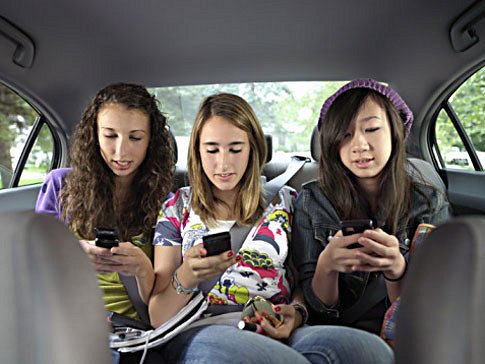 Many teenagers use the app Instagram to share photos of themselves, their friends, and other happenings in their lives. Most teens are aware that what they share can be seen by almost anyone at any time, even with privacy settings. They are, however, far less concerned with strangers seeing their pictures, and more concerned with how their peers will perceive them.

With the pressure to keep up appearances, some Instagram users have started creating secondary accounts that they call their “Finstagrams”, or Fake Instagrams. But these accounts are anything but fake. Here, teenagers will post unflattering pictures of themselves, photos of a messy bedroom or bad grade they’ve received, and everything in between. The captions tell honest stories about embarrassing moments, and teenagers aren’t counting the likes. They only let close friends follow the accounts, so they’re only showing their true colors to people that they feel comfortable with. If anything, it’s better for them to have fewer followers so that fewer people are seeing this unfavorable side of themselves.

Some college students are also picking up on the trend, posting messy party pictures to their “Finstas” and retelling tales of their weekends that they would never share on their “real” accounts. Some will even include the full names of crushes or people in their classes that they dislike.

These accounts are seemingly harmless, but it is important for teenagers to understand the consequences. While it’s one thing to tell a story of falling down the stairs during school or about an awkward interaction they had at a restaurant, it’s quite another to share explicit stories or photos with the world. Many teenagers aren’t concerned because they have these accounts set to private, and because the names are often far removed from their real name (for example, a friend whose first initial is D has her username as D-Money with no first or last name).

However, that doesn’t completely protect these pictures or their anonymity. Even a quick screenshot allows their posts to be shared with the world, and can cause hurt feelings and embarrassment at best and harassment or legal issues at worst. It’s easy for teens to feel that they’re anonymous and protected under these fake accounts. Still, the rules and regulations that apply to their more traditional accounts are still very much relevant for their “Finstas”, even if they’re ignoring social rules.

While “Finstagrams” can be a fun way to use the app and keep things honest and real, teenagers and other users should be careful to remember what is and is not appropriate to share online. A fake name and privacy settings aren’t enough to hide their true selves from the world: digital privacy starts with self-filtering.