Grandparents Use Technology to Connect with Family 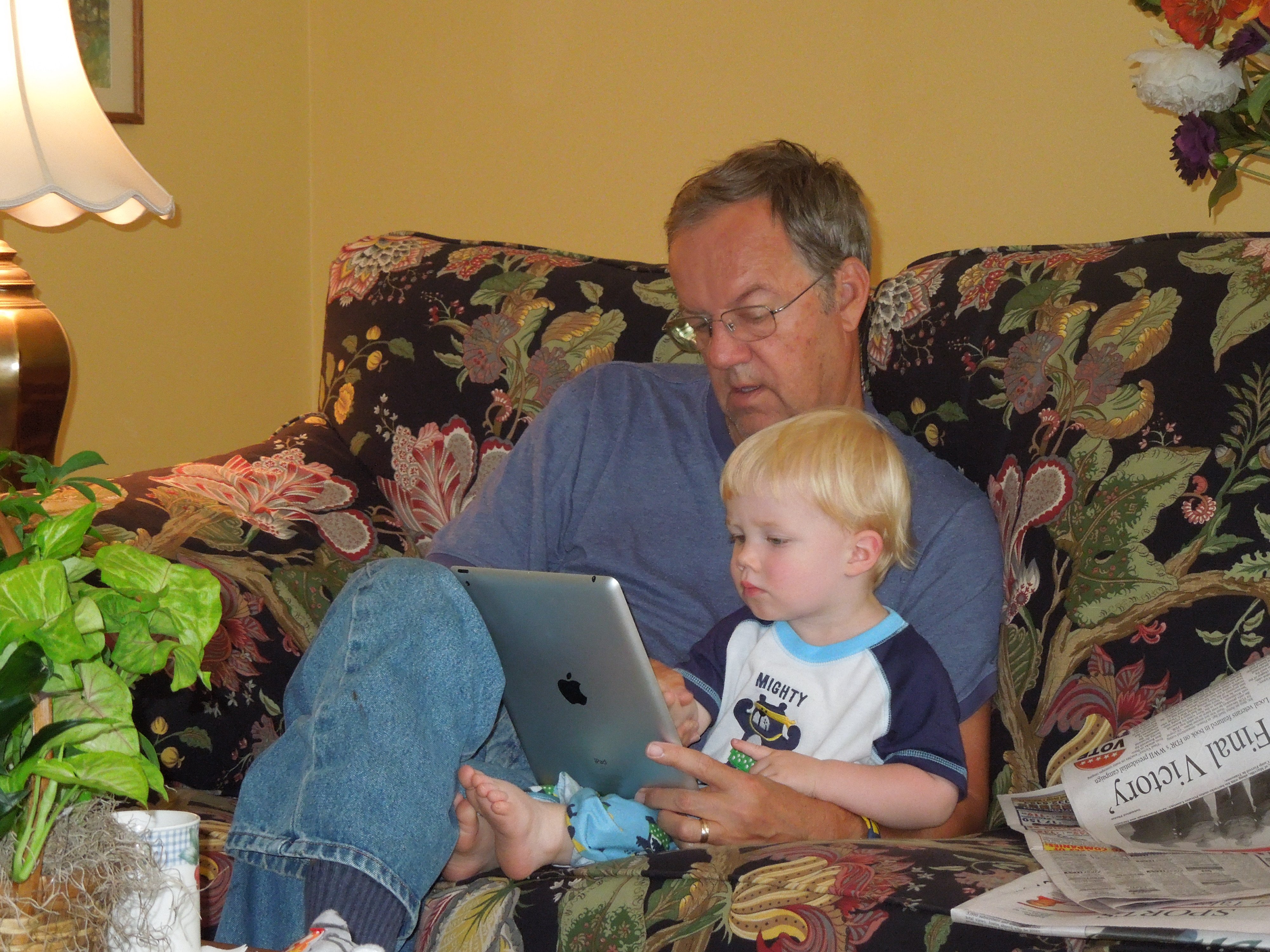 It’s Grandparent’s Day--a holiday that did not exist when today’s grandparents were grandchildren themselves. Back then, grandparents, their children, and their grandchildren frequently lived within driving distance of each other, and for the most part family events were just that: limited to family members only.

These days, grandparents may feel a bit more removed from the lives of their children and grandchildren and notice that the digital lifestyle of many family members can be downright hard to compete with. At times, interacting on mobile devices seems more important than interacting with family members in the same room. Perhaps this is the case, in part, because once intimate dinner and family gatherings now often include the virtual presence of all or some of the social networks connected to each family member.

Grandparents are more readily adopting devices than they once did—sometimes on their own and sometimes with a ‘hand me up’ device from a child or grandchild. These digital immigrants might feel nostalgia for a time when people of all ages enjoyed more face time (and not via the Apple app) with their loved ones. The opposite is also quite true: videoconferencing software and apps allows grandparents to see the faces of their loved ones more frequently. In spite of this potential benefit, grandparents can steadfastly deny the use of technology if they do not have experience with it, are wary of giving up privacy, and/or believe it is overpriced.

Grandparents who choose to understand their grandchildren’s lives need to know that for teens speaking thoughts and feelings aloud is not a communication method they typically embrace. Today’s teens and tweens report feeling much more at ease sharing their thoughts and feelings via text and social media. Once they have done so, a door to a live conversation may be more appealing.

Seniors Use Tech to Stay Connected

To be sure, technology has become an integral part of the lives of scores of families worldwide with its paradoxical power to both relieve isolation and create it in every age group. Savvy grandparents are relieving feelings of disconnection in their own families by embracing digital communication strategies. 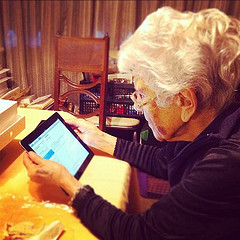 One grandmother, lonely after being relieved of dropping off her grandchildren at elementary school when junior high beckoned, realized that she could still be a part of their morning routine by texting her grandchildren during their bus rides. Bus time is an opportune time for grandparents to have a private conversation with kids who could be feeling isolated as others around them send and receive text after text.

Thirty nine percent of grandparents have a grandchild that lives 500+ miles away from them. Lucky families who video conference with distant grandchildren can at least see their loved ones more frequently. My favorite story is about a pair of grandparents who FaceTime their pre Kindergarten granddaughters several times a week. These grandparents never announce their in person visits in advance. Instead, they conspire with their son and FaceTime the girls once they arrive in the driveway or garage and quiz the girls about where they might be. The end result: squeals of delight.

I suggest that if grandparents can find a way to connect both in person and through at least one digital channel, they can enhance the well-being of their families. Grandparents may or may not be surprised to learn that children ages 4 – 21 report feeling disconnected from their parents. Katherine Steiner-Adair’s book The Big Disconnect is devoted entirely to a frustrating new phenomena for children—getting parents to pay attention to them rather than a device. This is where grandparents could pinch hit when possible in a very meaningful way: using digital channels to gently remind tech-engaged children and grandchildren when someone might be feeling lonely for in-person company.

There is no one-size-fits all solution for today’s mobile, technology engaged families, but this Grandparents Day give a gift that really does keep on giving—real attention. This could mean delaying your “old-fashioned” preference of a face-to-face conversation, and starting with a digital conversation instead. 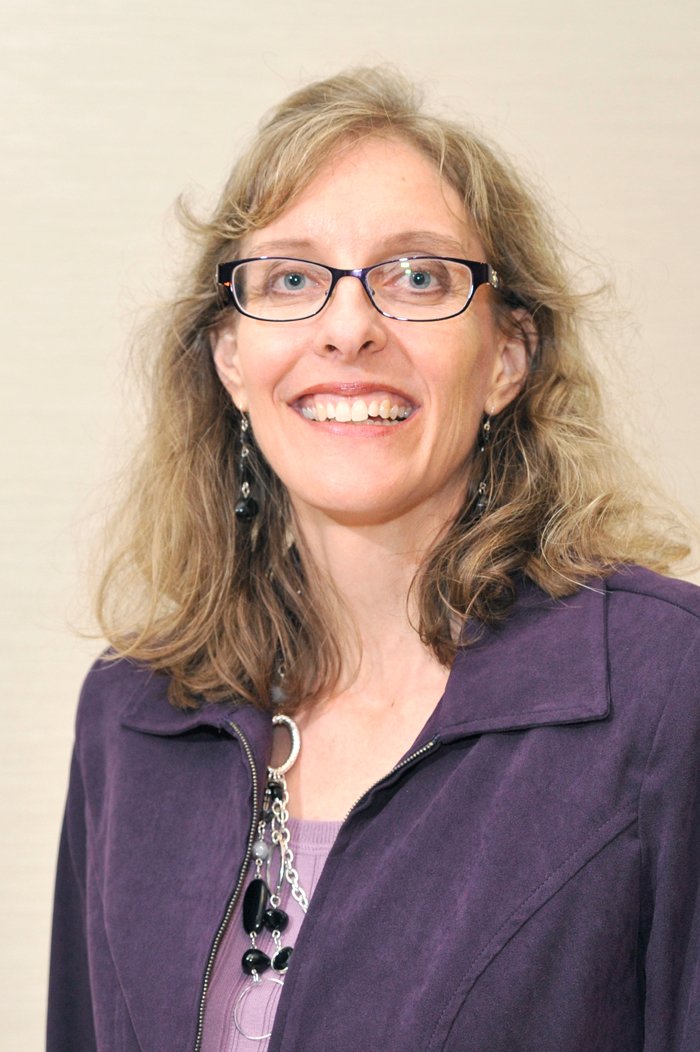 Amy VanDeVelde happily joined the OASIS Institute in 2012 to oversee the OASIS Connections technology training program. She has a personal stake in accessibility, digital literacy, media literacy, digital citizenship. Amy is keenly interested in technology that supports and enhances interpersonal relationships. She has facilitated and promoted corporate training initiatives for the entirety of her career in the healthcare, pharmaceutical, legal and high tech industries. Amy holds a Bachelor's degree in Communication from Illinois State University which included a semester studying international communication theory in Salzburg, Austria.

Amy VanDeVelde happily joined the OASIS Institute in 2012 to oversee the OASIS Connections technology training program. She has a personal stake in accessibility, digital literacy, media literacy, digital citizenship. Amy is keenly interested in technology that supports and enhances interpersonal relationships. She has facilitated and promoted corporate training initiatives for the entirety of her career in the healthcare, pharmaceutical, legal and high tech industries. Amy holds a Bachelor's degree in Communication from Illinois State University which included a semester studying international communication theory in Salzburg, Austria.
you might like these

The Back to School Family Challenge