It's Okay to Take a Break From Social Media 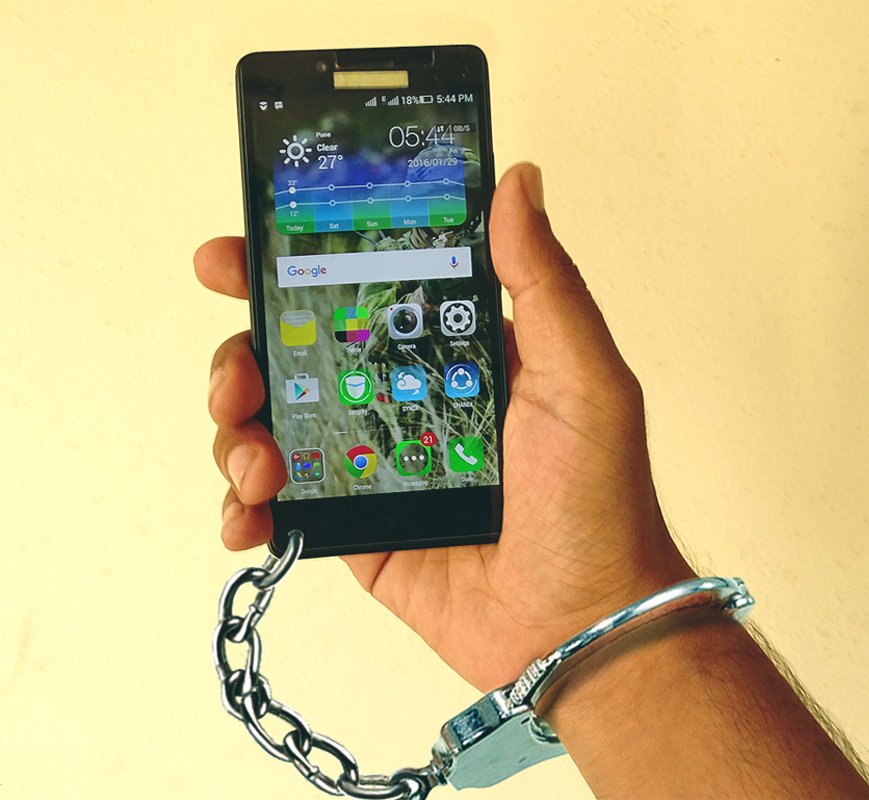 I’m probably addicted to technology. Most days, I’ve checked Facebook before getting out of bed and do one last check of Twitter before turning out the lights at night - not to mention staying on top of email throughout the day. I love following updates on news, tech company announcements, policy updates and Washington political gossip. While my husband is constantly on his work Blackberry and is known to stream Netflix on his bus ride home from the office, he often goes all week without checking social media.

On a recent vacation, I found myself with more limited wifi than expected. After the first day of constantly reaching for my phone, I decided to embrace the lack of connectivity and remember what life and travel used to be like before near constant access to the Internet. There were days where we relied on paper maps to navigate and I took photos that didn’t instantly get filtered and Instagrammed. I still made a point to connect a few times, so that I could upload a few photos, but there was something really nice about not knowing every breaking news story and falling a bit behind on email.

On my return, I’ve tried to build more time into my day for thinking and writing and even a bit of reading on paper instead of my phone or Kindle. I’ve also tried to spend less time reading posts, tweets, and emails when I’m waiting in line or walking around town. Sunday nights have always been a time to plan out my week and catch up on work email, but now I’m trying to make them tech free and finding that I’m more refreshed on Monday morning. While I could never spend an entire weekend without technology, there are plenty of families adopting this trend. Some do a whole weekend, some do a technology Shabbat from Friday night to Saturday night and I’ve heard from other parents who pick one weeknight where they have family time without technology (unless it is needed for schoolwork) and play games, read together, or watch movies and tv without other devices in their hands. It becomes part of the family schedule to unplug on a regular basis.

Taking a break from social media can be a way to relax a bit and think more, and for some families it is also a way to enforce general household rules. A recent study, “American Teens Are Taking Breaks From Social Media; Some Step Back Deliberately, But Other Breaks are Involuntary,” from the Associated Press- NORC Center for Public Affairs Research looked at how teens take breaks and how it makes them feel. 58% of the teens surveyed said they have taken a break from some of the platforms they use. The research found that half of the teens who have taken a break from at least one social media platform for a week or more.

The report shows that when teens voluntarily take breaks from social media, they are doing so because it was getting in the way of school, they were tired of drama or keeping up with what is going on, and some wanted to get away from an ex or they were bullied or their friends left the platform. Most of the teens surveyed who took a break from social media involuntarily, did so because their parents took away their device, which made them feel anxious and disconnected.

According to the Associated Press and NORC reportAssociated Press and NORC report, the teens took a voluntary break from social media feel positive about their time away and reported feeling that they had more time to do other things, relieved, and some felt like they wanted to stay off longer. The study also found that older teens had more positive views about their social media breaks.

It’s important to encourage your family to take technology breaks. Remind your kids that it is ok to log off social media accounts and take some time for other activities, or schoolwork. If you set the example and show the benefits, hopefully your family will have a positive attitude towards taking some breaks from social media or tech use overall and have a bit more balance and time for real-world connecting.

Try to schedule time each week to disconnect in order to reconnect as a family.