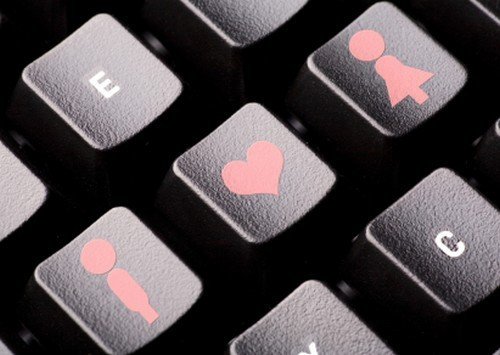 2017 has been a year of change, including what dating apps are in and out.

For high schoolers, dating apps aren’t used much. They flirt and “talk” (a term that many teenagers have used to replace casual dating over text) on social media platforms like Snapchat and Instagram, but rarely do they use apps specifically for dating.

College students and young adults, however, are flocking to dating apps. Most claim that they “don’t use it that seriously.” Most see it more as something to do when they’re bored, but there are also a good number that do meet in person with matches from apps. Here are some of the biggest dating apps that college students are using right now.

Tinder is still the most popular of dating apps. The app lets users swipe on each other, and will match them if both parties have swiped right (said yes). Some people do use the app for traditional dating, but it’s mostly just flirting and one-time meet-ups. Some think the app is beginning to decline, though.

Grindr is the Tinder equivalent for men interested in men. It tends to be a bit less romantic, and more for one-time meet-ups. The app also allows users to send pictures (a feature that Tinder has disabled). Of all dating apps, Grindr seems to get the most use from high school students.

Bumble’s “thing” is that only women can message first. Women like the app because they feel empowered to message men first, and men like it because they know the women they talk to are genuinely interested in them. Bumble is growing in popularity, especially on college campuses. Many women also report that the men on Bumble are more genuine and less creepy than other services.

JSwipe is a dating app for the Jewish community, but it’s open to anyone. The app is used more for serious dating, as opposed to apps like Tinder, and report having a high success rate.

Coffee Meets Bagel is built on their slogan #LadiesChoice. Profiles feature information ranging from height to education to what they like to see in a partner. Coffee Meets Bagel then selects a small number of profiles for men to swipe on each day. Next, women see the profiles of only men that have swiped right on them and fit their preferences. The app allows users to only see people that they would actually be interested in.

Hater is possibly the newest app in the dating market right now. The app allows users to list things they hate and make matches based on mutual hatred. According to Business Insider UK, the app creators want to bring the fun back to online dating with something unique.

Regardless of an app’s purpose, it’s very possible that older teenagers and young adults are using them. These apps are generally safe to use, so long as its users are aware of safety tips for sharing information and meeting up with people they’ve met online. Users should make sure to meet in a public space where there will be other people around, tell someone where they are going and when they expect to return home, and who it is that they are meeting with. Taking simple precautions like these can ensure that users have a safe meet-up with matches. Happy swiping!