What Parents Should Know about Snapchat's Augmented Reality Features 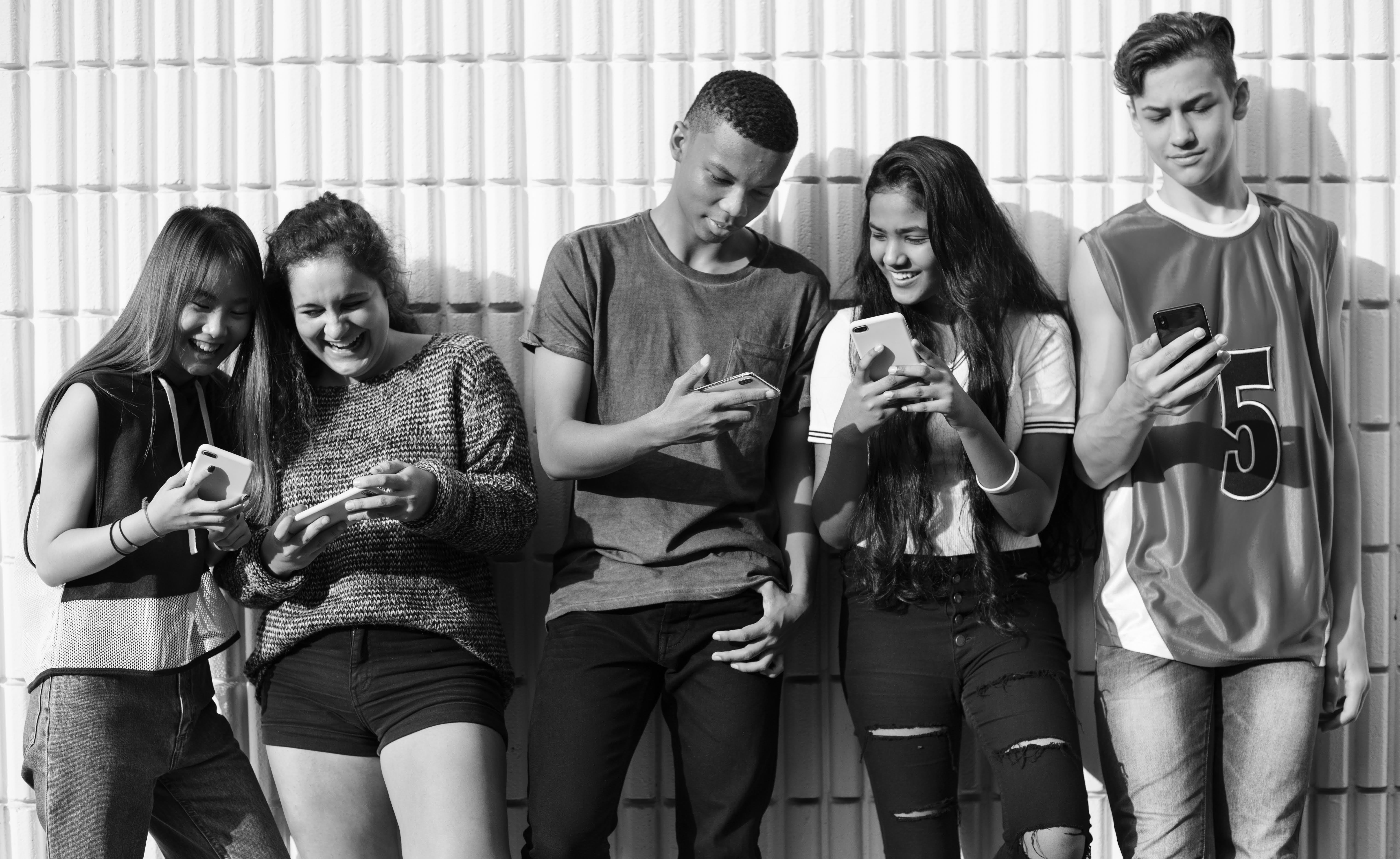 In the past few years, augmented reality has taken the tech world by storm. Snapchat, the popular photo sharing app, has picked up the trend too, integrating AR into its platform. Here are some key things to know about this new technology, and its potential impact on how we interact with both the online world and the real world.

Last fall, I had the opportunity to attend a lecture by Steve Horowitz, Snapchat’s Vice President of Technology. He explained some of Snapchat's latest innovations in augmented reality, computer vision and more. But for me, the main takeaway was this idea: fueled by recent innovations, Snapchat has the capability of being, according to Horowitz, “an operating system for your life, not just a photo app.” Aside from sending photos, users can now play interactive games with friends, scan and explore new products, and even bring their favorite movie characters to life in front of them. “Technology should enhance the user experience,” Horowitz explained, “not change it.”

Here is how its done.

Augmented reality-- not to be confused with virtual reality-- is a technology that overlays computer generated images onto the user’s view of the world. Snapchat maps the user’s surroundings by identifying the position of key points like the sky, horizon, and any objects in the scene. This technology was first introduced in Snapchat’s face filters, which use an active shape model to draw manual markings onto human faces that identify their borders and facial features. Taking into account the locations of the points on your face, Snapchat creates a 3D mask which can be re-formed to adapt to your facial features as they move.

Snapchat recently introduced augmented reality to its platform as a way to enhance audience engagement, and to create a more memorable experience for users. Snappables, unveiled in early 2018, are new augmented reality lenses that allow users to challenge their friends in multi-player games. These games are controlled using touch, motion, and even the user’s facial expression. Snappables are Snapchat’s first collaborative lenses, that allow users to interact with their friends on their connected devices. As with many platforms, the goal is to make users feel together, even when they are apart. These games are a new way of achieving a feeling of co-presence, bridging online and offline realities.

The introduction of augmented reality to the platform also allows users to be more interactive with the app than ever before. Companies are taking advantage of this high level of engagement that augmented reality lenses bring, and are now using Snapchat as a way to advertise their products. The first brand related lense appeared in November of 2017, when BMW used the feature as part of a new ad campaign to launch the BMW X2. Since then, more than 100 companies have run augmented reality advertisements and lenses on Snapchat’s platform. Users can press down on an image of themselves or their surroundings to trigger a brand sponsored lens, as they would to trigger a normal lens. Brand lenses are a revolutionary way of advertising, because the user is not just seeing the advertisement, but also interacting with it.

Advertisers have created several different kinds of lenses for users to explore. Motion picture and entertainment companies are tapping into the world of augmented reality lenses by creating filters which allow the user to turn themselves into a specific movie character on their screen by trying on their makeup, outfits, or accessories. Portal lenses, available through the outward facing camera feature, use augmented reality to transport the user onto the set of a movie or into one of its scenes.

Another kind of lens places a 3D version of a product onto the user’s screen, so you can walk around the product, and “experience” it on your connected device. More popular among teens are lenses that bring 3D versions of a brand’s mascot onto the screen. The user can play with the mascot, make it dance to music, and even use it as an avatar in multi-player games. These lenses are an extension of typical commercial programming, and gamify the advertisement experience to make the message more interactive and memorable.

Companies are eagerly taking advantage of this new technology because it creates an opportunity to benefit users. In 2018, Snapchat partnered with Amazon to introduce a new Visual Search capability. When the user points their camera at any physical product or barcode, the app will fetch the link to the product on Amazon. By including direct links to online stores, brands can expedite the purchasing experience for customers and make it nearly instantaneous.

In today’s society, children are interacting with technology at a younger age than ever before. Being aware of what your child is viewing is more important than ever now that brand related content may appear within some popular communication apps. This is a great time to discuss with your child how to be not only a responsible consumer of products, but more importantly, a vigilant consumer of social media and its content. As technological capability continues to grow, our media literacy skills must continue to grow with it. 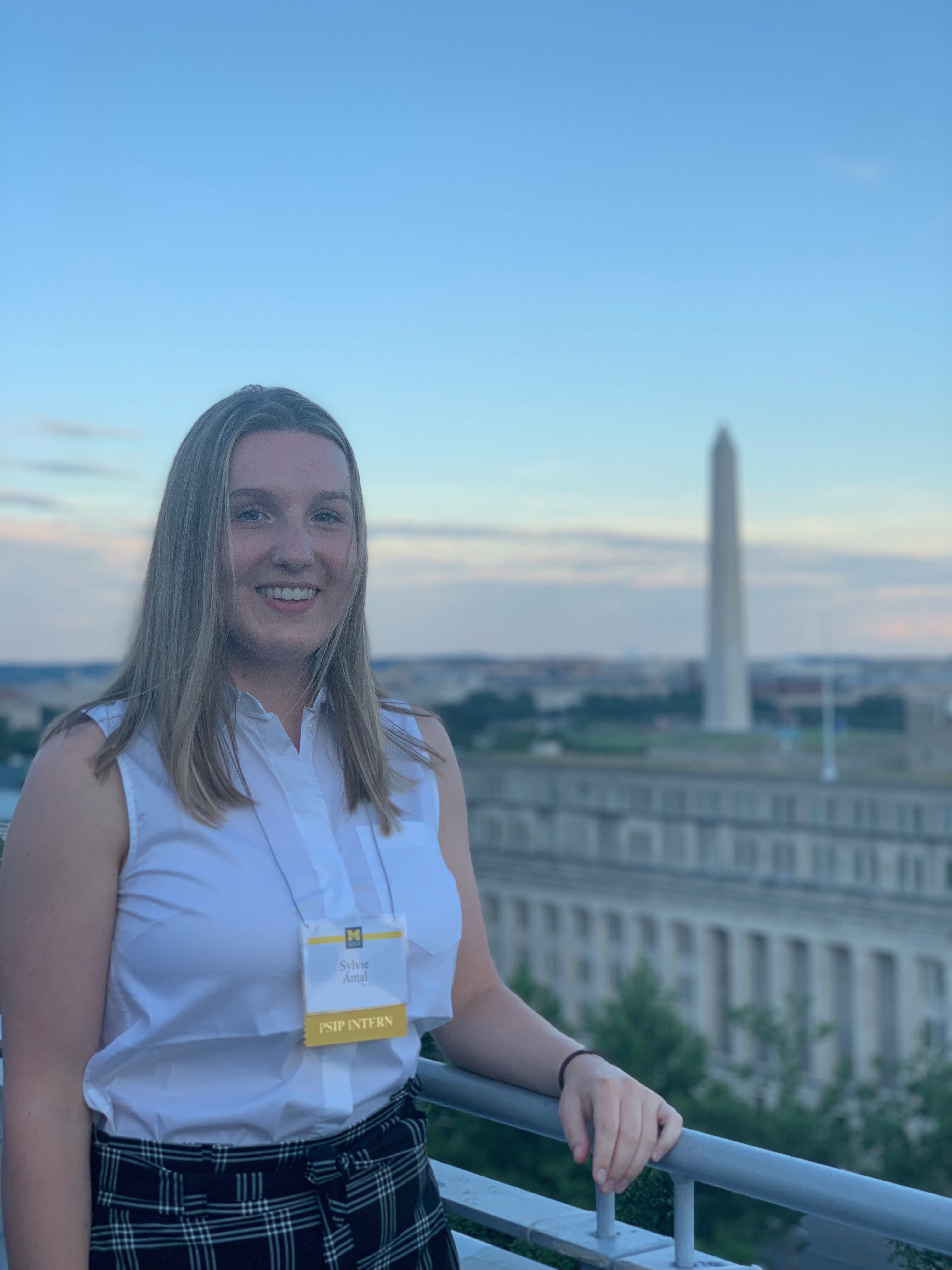 Sylvie is a rising junior at the University of Michigan pursuing a B.S. in Information Science with a concentration in Social Media Design and Analysis, and a minor in Law and Policy. On campus, she works in a psychology research lab examining child development and behavior, and is also a part of her school’s Public Service Intern Program. She hopes to pursue a post-graduate degree in policy studies, and continue working in the field of digital policy.

Sylvie is a rising junior at the University of Michigan pursuing a B.S. in Information Science with a concentration in Social Media Design and Analysis, and a minor in Law and Policy. On campus, she works in a psychology research lab examining child development and behavior, and is also a part of her school’s Public Service Intern Program. She hopes to pursue a post-graduate degree in policy studies, and continue working in the field of digital policy.