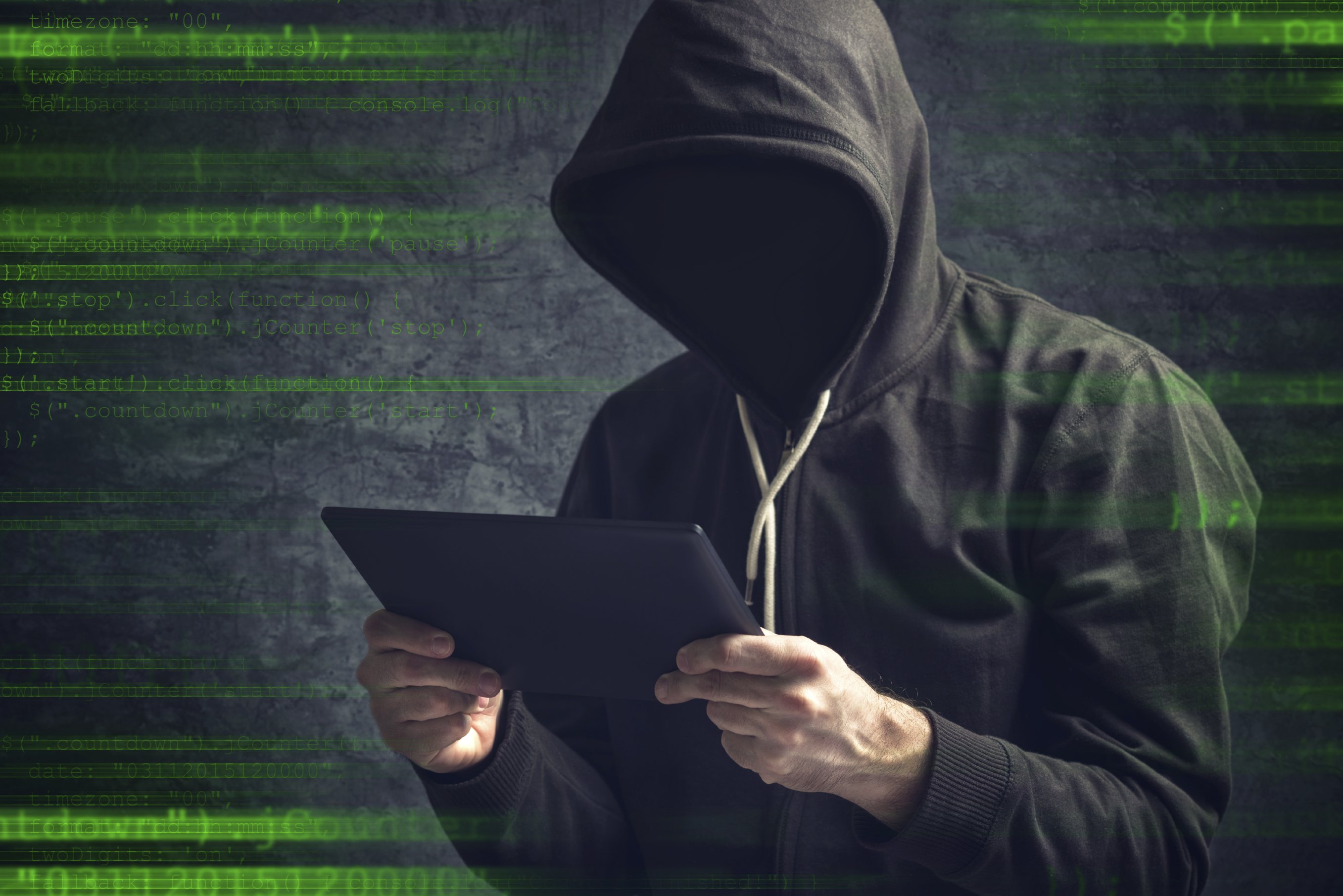 For the last 18 months there have been hundreds of news stories, dozens of politicians’ speeches, and numerous policy announcements focused on combating the threat of online radicalization of youth and violent extremism. Once a niche area tackled by the intelligence community, this has become a topic of daily conversation in business meetings and around the dinner table. The challenges posed by ISIS, far-right extremists and others require responses from law enforcement, industry, policymakers, and parents.

The fact that terrorists have turned to the Internet for the purposes of propaganda and recruitment should come as no surprise, as the online world provides access to a large audience with little effort and anonymity. However, this behavior should not be considered a new phenomenon. For years the far-right, radical Islam, and other extremists have exploited the online world for their own purposes. The advent of social media and ease of sharing images, videos, and text, combined with the geopolitical situation have bought this issue to the forefront yet again.

News reports focused on young people leaving their homes in Europe and the United States to go and fight in the Middle East have added to the fear and urgency around the issue of online radicalization and numerous responses have been proposed. The suggestions have been incredibly diverse, ranging from blocking content to empowering communities to combat extremist views.

At its most basic, defining ‘extremism’ online poses its own problems. Putting political and religious views and ideologies on a scale of appropriateness is difficult and controversial. The consensus has been to focus on the content that promotes violence as being truly objectionable and harmful, hence the term ‘violent extremism.’ Material that encourages violence in the name of ideologies has challenged law enforcement, governments and industry for years.

There can be little disagreement as to the undesirability of such material appearing on the Internet, but the responses of states and security services have varied. The effectiveness of government actions has often been called into question, not to mention valid free speech arguments and privacy concerns that are often raised around potentially draconian legislation and enforcement.

Identifying extremist words, pictures and videos is much easier said than done. What seemed to be an entirely innocuous Twitter feed to one person may constitute propaganda and radicalization to someone else.

When considering ISIS, pictures showing images from around the IS-held Syrian city of Raqqa may be newsworthy content, while at the same time could be part of the radicalization process. Requiring companies to proactively search for and remove this content is unworkable, and demanding takedown does not always address the core issues.

The challenges are multiplied when considering the amount of content that is being posted to YouTube, Facebook and Twitter each day. Language difficulties impede the process, as do cultural differences. Furthermore, there is an ongoing debate as to whether removing the content is even the best course of action.

Posts, tweets, and videos advocating harm can almost always be removed for violating the platform’s terms of use. This is harder when the content is not specifically promoting or glorifying violence, but absent a public interest value, offensive material is generally taken down when reported. It often reappears in different forms and in different places. Moreover, many advocate for leaving the content in place, encouraging counter-speech or a counter-narrative.

Allowing users to provide an alternative point of view, opposing thoughts as well as to challenge the position of the poster may be of more use than removing the content altogether. Permitting a dialogue on Internet platforms may in fact counter efforts towards radicalization by not allowing beliefs to exist in a vacuum. Instead, questioning of the narrative promoted by extremists and highlighting deficiencies in their arguments, may be a good thing.

The takedown of online material plays into the arguments of the extremists, who often argue that their views are silenced and regulated by the government and society. Additionally, the intelligence services continue to collect information through legal surveillance and information gathering, and content needs to remain in places to do this effectively.

Global responses to the problem have varied. The ongoing efforts by governments around the world to combat the spread of the violent extremism in the physical world have also begun to encompass the online component. Many public policy reactions have focused on the perceived need to eradicate violent extremist content from the Internet.

The United Kingdom wishes to include this offensive material in the category of content that is blocked by the ISPs, while the United States has considered a requirement that Internet companies report terrorist content to the Federal Bureau of Investigation. The issues posed by the global nature of the Internet have challenged national lawmakers, and most recently heads of state have come together to discuss the response to Islamic extremism. Thus far, government responses have placed the responsibility for removal and action firmly on the industry.

Certainly this is a difficult area for the online companies to engage in. Many of the social media sites were built on the basis of free speech. Government mandated removal, or self-censorship goes against much of what they believe. However, many companies acknowledge the harmful nature of this material, as well as its potential use in the radicalization process. The most abhorrent content, such as beheadings, goes against their terms of service. When it is reported to them they are able to remove it. Furthermore, companies comply with local laws and as such will often remove content for contravening the law at a government’s request. However, online platforms regularly struggle with content that is distasteful but not illegal.

New norms are being developed and content policies are ever changing within businesses. Corporations are leveraging their expertise in how people use the Internet and online trends to work with content experts to promote the creation of counter-speech. Often they are bringing together interested parties including governments, law enforcement, community workers and young people to produce technical responses and counter-narratives to discredit online propaganda.

Importantly, this is not just a problem that can be tackled by government, industry and law enforcement. Parents must be proactive, insightful, and talk to their children. Parents should discuss the reliability of online content with their children, as well as the possible motivations of the speaker and the potential for manipulation to help children think critically about the content they consume. Generally, parents should be in dialogue with their children about what they do online and the sites that they are visiting, enough to feel confident that their child will confide in them, or to notice changes in a child’s behavior. The challenges that come with policing Internet content are evident; therefore the best way to ensure children’s safety is through teaching them to be resilient and responsible about what they say and do online.

While the media can sensationalize the potential of harm, it is generally agreed that the risks of children becoming radicalized online remains extremely low. Research and experience has shown that there needs to be an offline element to the process. However, the possibility of children being exposed to upsetting or confusing content remains a real possibility. Instead of stopping them using the Internet, parents should encourage children to ask questions, develop critical thinking and report inappropriate or harmful content from a young age.

Some lessons that have been learned over many years in the online safety space can be applied to the new challenge of extremist content, but not all of them. The technology that has been developed to combat online child sexual exploitation (CSE), for example, should not be repurposed for extremist material. Online CSE is almost universally illegal, whereas much of the material in the extremist space is borderline illegal. It is also vital that CSE technology remains respected and used with industry, and applying it to extremist material may bring that into question. The importance of collaboration and open communication by all stakeholders is vital in both tackling online extremism and online safety.

There is also a distinct lack of research into online radicalization and the radicalization process in general. The importance of an evidence base in the online safety space cannot be overstated. The only way to confront the challenge is with a strong knowledge and understanding of current behaviors and trends.

Governments should convene stakeholders, fund more research and promote digital literacy among children, at home and in school. Industry must share trends, participate in discussions and use their technological expertise when appropriate. Law enforcement could adopt suitable responses when confronted with the suspicions of radicalization; for example if a parent reports that they are concerned about their child being radicalized on or offline, the full force of the law should not be applied against them. This is counter-productive and does not encourage the sharing of information or reporting.

Charities, non-profits and community leaders can promote counter speech in a way that governments cannot, given that they are often respected and connected within a community in a way that the government is not. As part of this advantage, they should involve people in awareness raising and education that can bring a direct and personal perspective to the issues, to strengthen the counter narrative.

Crucially the Internet does not cause radicalization or extremism, but it can provide reinforcement, access to people with similar views and an echo chamber of ideas. The multi-stakeholder approach, touted in online safety efforts, can be replicated in countering online extremism. By bringing together experts, and those personally involved, developing solutions and education to respond to the evolving challenges on an ever-changing medium is the best way to combat the spread of violent extremism.