As the shouts from all corners of the world repeat the phrase “fake news,” my mind instantly swirls to children. As soon as children begin to talk, parents start to teach golden rules of behavior, one of the first being honesty. Please tell the truth. Lying is considered an absolute no-go in most households. In fact, most parents will ask daily: Are you telling me the truth? As a child, I think the first two rules I learned were: If you can’t say anything nice don’t say anything at all and of course, lying was a deadly sin and had danger signs written all over it. As parents today swirl in our social media spaces, the search for the truth in a fake news society creates confusion, fear, and doubt. It is in this confusion that we begin to divide rather than collectively rise. Many moons ago the Toltecs discussed this ‘Mitote’ as the fog of perception. How well do any of us see the truth in the fog?

In a digital age, information passes through billions of fingertips and in split seconds the pervasive fog builds and builds. What is the truth anymore? We often end up upside down, in a dark washing machine hoping to understand what is happening. For children, they thrive in clear, bright states with defined boundaries. Talk to any parent currently sleep training a baby and they will tell you that they live and die by the sleeping routine. As humans, we all do well with clear boundaries, and defined understanding of the rules of engagement. In the fog, we get restless. We lose sight of the horizon, the place beyond the forest where we can see through the trees. Parents: it is up to us to clear the way to the horizon for our children to navigate the Mitote. We as adults are part of the problem, but we also hold the solution to all of this nonsense. We have the choice today to turn this whole “fake” news on its head and begin to clear the fog.

In the early 1930s, an American businessman named Herbert J. Taylor came up with a simple test to save his company from bankruptcy. He felt that if he could alter the “ethical climate of his company” he could impact the business environment of the Great Depression. He was a man of faith, a man of principles. Taylor theorized that if he could come up with a simple test, a test for all of us to follow, that bankruptcy could be avoided. As a teenager, I learned of this test at a Rotary International Camp for future leaders. Today, you can enter any Rotary meeting all over the world, and they still recite this test some 80 years later! It connects every country, district, and business with a few simple questions.

As a tech entrepreneur, a mother, and an advocate I asked the following question: If our digital age has created a moral vacuum where the telling the truth is no longer necessary, could this test save us from the value bankruptcy of our times? Can we change the ethical climate of social media?

Here are the four tried and true questions now adopted by many organizations; if they worked during the Great Depression, perhaps they are what we all need now to bring us back to a common baseline.

Here is the ultimate question: if you are choosing to believe anything that creates fear inside, something that makes you angry, seek the truth from 3 sources. Ask the question: Is this really the truth that speaks to my heart or is this just rhetoric? Does this fill my soul or make me divide from my fellow humans. Asking the question of every piece of content you take in, and every story you read, can allow you to clear the fog.

2. Is it fair to all concerned?

One habit our society has right now is the impulse to argue; to ramp up emotion and react to every post we come across from movie reviews to friends sharing on their profile pages to the news articles we read. By asking this simple question, we begin to hold back some of those reactionary impulses, gaining the ability to be more rational. Is what you are about to send, share or spread fair to ALL concerned? If your answer is No, then take a deep breath, hold back, and reconsider what you are about to send.

3. Will it build goodwill and better friendships?

This one is so critical for children. Kids genuinely want to be surrounded by love, acceptance, and friendship. It is up to us as parents to clean up the digital neighborhood. We can change the digital landscape for them by just changing our behavior, and setting the stage. We owe it to the next generation of Digital Citizens to give them a neighborhood that is full of goodwill and friendship, whether in our real streets or the digital spaces we frequent.

4. Will it be beneficial to all concerned?

In our current climate, we have so much 'he said, she said.' Commentary based on half-truths creates confusion for many. Who do we believe anymore? By beginning to ask this question of what we are putting into our digital lives, we will ultimately create better citizens and clear the fog. By taking stock of our behavior, we can change the digital spaces immediately.

For digital citizens of the future, one blast backward to the Great Depression can be our guiding light. A simple 4-way test to ask ourselves how we can make the change in these social media spaces. Our desire to be validated, heard and to have a say must also include a backbone of values. Herbert J. Taylor saved his company from bankruptcy in Chicago in 1930 by changing the “ethical climate.” His words were edited, simplified and removed from partisan views. He felt that this simple test would bring all of us out of the fog towards a balance of truth. This path out of the fog begins with us as parents. Let’s clear the fog so we can show children how to live with clarity, light, and truth. Are you ready to change the ethical climate of our digital world? 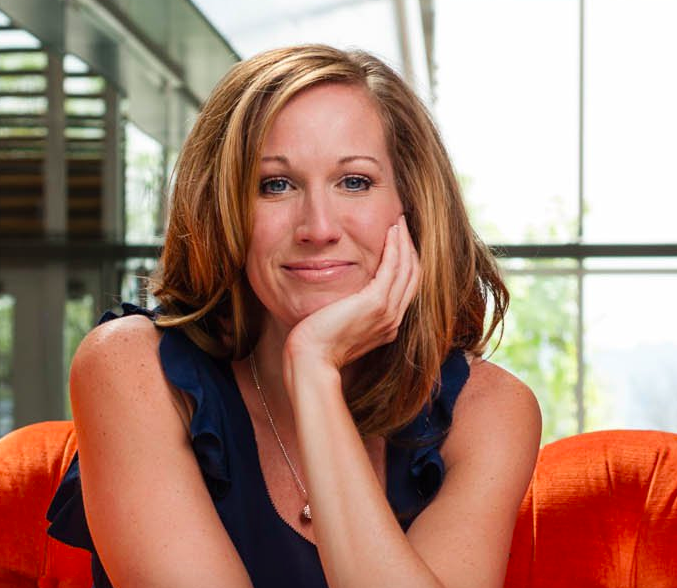 She is the CEO and Founder of Mazu. Janice’s journey of innovation has taken her from Oprah Winfrey Show to Silicon Valley to working with some of the largest sports brands in the world. With a background in Psychology, Janice has spent the last 9 years researching the impact of digital on the social and emotional development of children. Mazu is the innovative content and messaging platform for families that was developed from this research to protect children online and teach values in social media. As an author, advocate, mother and entrepreneur Janice and her team at Mazu have created a unique solution that believes that social media can be a useful tool that can enhance our lives rather than polarize our lives. Together we can build a healthy digital village for families to thrive.

She is the CEO and Founder of Mazu. Janice’s journey of innovation has taken her from Oprah Winfrey Show to Silicon Valley to working with some of the largest sports brands in the world. With a background in Psychology, Janice has spent the last 9 years researching the impact of digital on the social and emotional development of children. Mazu is the innovative content and messaging platform for families that was developed from this research to protect children online and teach values in social media. As an author, advocate, mother and entrepreneur Janice and her team at Mazu have created a unique solution that believes that social media can be a useful tool that can enhance our lives rather than polarize our lives. Together we can build a healthy digital village for families to thrive.

In Need of a Good Chat About Technology and Kids? We’ve Got You Covered.